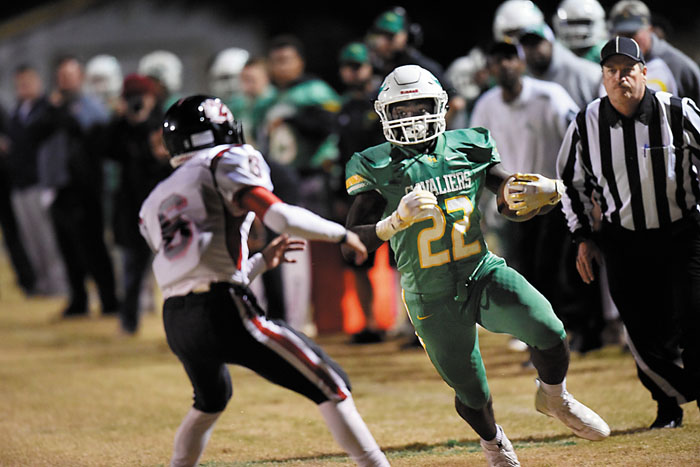 ROBBINS — After a long trip, North Rowan’s football team made short work of the home team.

The Cavaliers crushed North Moore, 59-0, in a Yadkin Valley Conference game on Wednesday. It was a school night, so a running clock was employed early, starting about midway through the second quarter.

The teams were making up a game originally scheduled for Sept. 21. Moore County was hit hard by Hurricane Florence.

Weather conditions were not ideal on Wednesday.

Junior back Malcom Wilson had his 23rd, 24th and 25th TDs of the season in the books by halftime. Wilson carried only seven times but had 128 yards.

“Malcolm didn’t play at all in the second half,” Hampton said. “The game was well in hand.”

The Cavaliers are 6-0 on the road.

North Rowan’s first score came on a Willis Mitchell to Shymek Lyles  pass play with 8:43 left in the first quarter.

Wilson’s first TD and a 2-point conversion made it 16-0 two minutes later.

It was 22-0 after Mitchell, who completed six of his eight passes, connected with Logan Stoner for a TD.

Xzavier scored on a punt return to make it 28-0  before the first quarter ended.

Wilson broke two scoring runs of 40-plus yards in the second quarter, and a rushing TD by Mitchell bumped the lead to 47-0 at halftime.

The last two NR TDs came on defense. Josiah Hawthorne returned a fumble 25 yards for a touchdown, while Tsion Delaney had a 75-yard pick-six.

The shutout was the sixth of the season for the Cavaliers. That’s one short of the school record set by the 1985 team that went 10-0 in the regular season and finished 11-1.

“Now we can’t wait for the playoff brackets on Saturday to find out who and where we’ll play,” Hampton said.

ADM (Average Daily Membership) numbers were released on Wednesday. North Rowan, with an ADM of 527, appears headed to the 1AA West bracket. 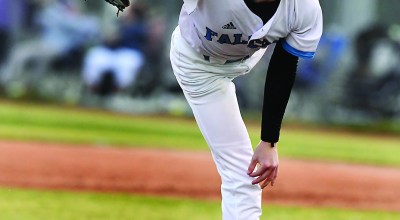 Michigan up to 4th in CFP behind Alabama, Clemson,…