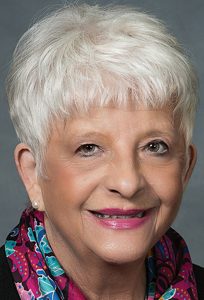 “I appreciate the trust that voters expressed in me,” Howard said Tuesday night. “I work hard and try to respond to the concerns they have in the district, and there’s a lot of them.”

With her victory, Howard will become the senior member of the N.C. House in the 2019 session.

Howard, 74, is owner of Howard Realty in Mocksville. Clark, 63, is a farmer and Navy veteran who was running for office for the first time.

Howard said she never met her opponent. “It was an overall clean race, and the voters just expressed their desire,” Howard said. “I’m glad it wasn’t an ugly race.”

Other races in the N.C. House were more volatile Tuesday, and Howard spent much of the night watching them. She said it looked as though Republicans could lose seats in Wake and Forsyth counties.

Howard said she will continue to work for her constituents, returning their calls and trying to help when she can.

“I appreciate the confidence of the people of Davie who know me and especially Rowan,” where she said she will be spending more time getting to know people over the next two years.

This was the first time Howard’s legislative district included any part of Rowan County. She was last elected to the 79th District, which was redrawn, putting her into the 77th.

Howard said she visited all 30 precincts in her new district Tuesday.

Rowan has 12 whole precincts and parts of four others in the 77th N.C. House District. They include precincts such as Cleveland, East and West Enochville, East and West Kannapolis, Franklin, Mount Ulla, Scotch-Irish and Milford Hills County.

Howard said she was heading to Raleigh today for some work related to the House Banking Committee, which she chairs.

Yesterday: An aerial view of Roses, Rowan Mall in 1974

This Salisbury Post file photograph shows a 1974 aerial view of the Rose’s store at the Rowan Mall in 1974... read more