A lot of women just won elections; someday this will stop being remarkable 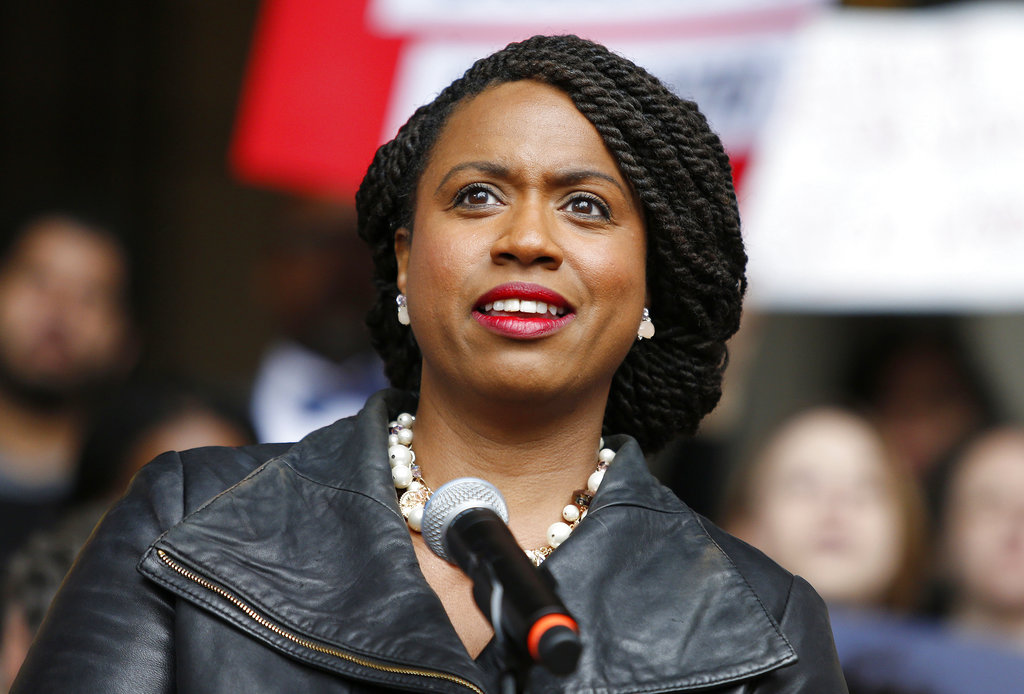 If we gain nothing else from the 2018 midterms, my fervent wish for the people of America is that we never again have to use the heinous phrase “pink wave.”

Which, at best, sounded like something out of a Tampax Pearl commercial and, at worst, sounded flukish and transient, as if the encouraging rise in the number of female candidates could be easily wiped out by, I don’t know, a testosterone typhoon.

“Pink wave” came from a well-intentioned place. And if you watched election returns on a network like CNN, you saw it in action: After each poll closed, images of winners flashed on the screen, and photo after photo revealed victorious women. In all, at least 112 women will serve in Congress next term, a record high. Maine and South Dakota elected their first female governors; Tennesee its first female senator, Connecticut its first black female member of Congress, and Texas its first Latina representative.

“Can a congresswoman wear her hair in braids, rock a black leather jacket?” asked Ayanna Pressley, the first black woman elected to Congress from Massachusetts, at an election-watch party in Boston Tuesday. “When it comes to women-of-color candidates, folks don’t just talk about a glass ceiling. What they describe is a concrete one. But you know what breaks through concrete?”

Ilhan Omar, elected Tuesday as the first Muslim woman in Congress, began her acceptance speech in Minnesota with the Muslim greeting, “As-salaam alaikum.” She went on to tell her supporters that she stood before them “with many firsts behind my name.” The first hijab-wearing woman, she noted, and “the first refugee ever elected to Congress.”

If you’re someone who believes in the American dream, it’s impossible to watch a speech like Pressley’s or Omar’s and not feel emotional – over how far we’ve come, and how long it took.

Which is why I watched them, felt emotional, and hoped I’d never have to feel that way again. Because in an ideal universe, Pressley and Omar wouldn’t be part of a “pink wave.” They’d be part of a dynamic and permanent system of lakes and rivers.

I keep thinking about normalcy, and how things become normal. How if we see a lot of something, we start to think it’s customary. How if you see someone who looks like you, whatever they’re doing can seem like something you could do, too.

“You can’t be what you don’t see,” is how A’Shanti Gholar explains it. Gholar is the political director at Emerge America, an organization that trains Democratic women to run for office. She talked about Shirley Chisholm, the first black woman elected to Congress, and how Chisholm inspired other women after her. She talked about Stacey Abrams, the first black woman to win in the Georgia gubernatorial primaries, just this year. She lost the general, but will likely inspire the next generation.

When “Wonder Woman” came out last year, I heard stories of women emerging from the theater in tears for the butt-kicking feminist glory of it all. I rolled my eyes, but then I went to a screening myself and blubbered within 15 minutes, like many of the women around me. It wasn’t the fight sequences. It was the Amazonian democracy sequences, where female leaders conducted authoritative, intelligent discussions of politics and strategy.

I mentioned the scene later to a male friend who’d also seen the movie, and he didn’t even remember it. Later he realized that he’d taken it to be unimportant filler and used it to go get a popcorn refill.

I can’t wait for the day when I think that pictures of women newly elected to high office flashing up on a screen next to Wolf Blitzer are so commonplace that they seem like an excellent time for a popcorn break.

Because for all of the talk lately about revolutions, and resistance, and waves of every shade, what the country should really be inching toward is mundanity. The point where equal representation is not a statement but a yawn.

I can’t wait to be bored by all those women.