West Ward voters just glad to be able to vote 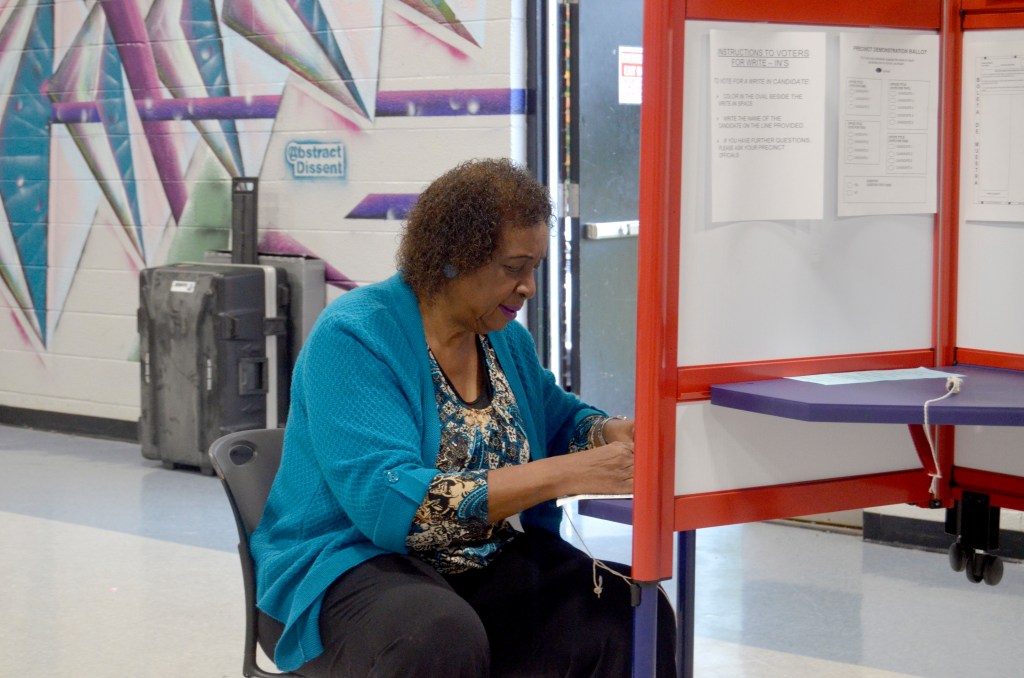 Dorothy Campbell sits down to vote at the West Ward precinct during Tuesday's midterm election. Campbell said she counts it a priviliege to be able to vote. Shavonne Walker/Salisbury Post

SALISBURY — Dorothy Campbell takes her right to vote seriously, and she’s happy to vote, she said Tuesday after heading to the West Ward III precinct to cast her vote.

“It’s my privilege to vote, and I like to make my voice heard,” Campbell said.

Livingstone College student Monique Young said as a college student, the candidates who have addressed education in their platforms appeal to her.

“This is really a critical election. It’s important to us as Americans to exercise our right,” Young said.

She said her ancestors fought hard for her to have the privilege to vote.

“If you can vote, you should vote,” she said.

Charlotte Howie chose this election to vote for the first time. Howie, who is disabled, said it’s important to her that the rights of those who are disabled be protected.

She said television political ads have been a reminder and motivator.

Douglas Overcash said he looked at what’s been going on in America and said it should continue.

“We have to keep America strong and don’t go backward,” Overcash said.

Alice Sheelor said she’s not too happy with the way President Donald Trump is running the country.

“I would like to see the Democrats in office to make it more fair,” she said.

Rosalind Mitchell has been a precinct judge for the past 15 years and took over the role from her father, A.L. Mitchell.

“The political climate has made people turn out,” she said of the midterm election. “Every election is important.”

She counts it as a privilege to be the chief judge at the West Ward precinct.