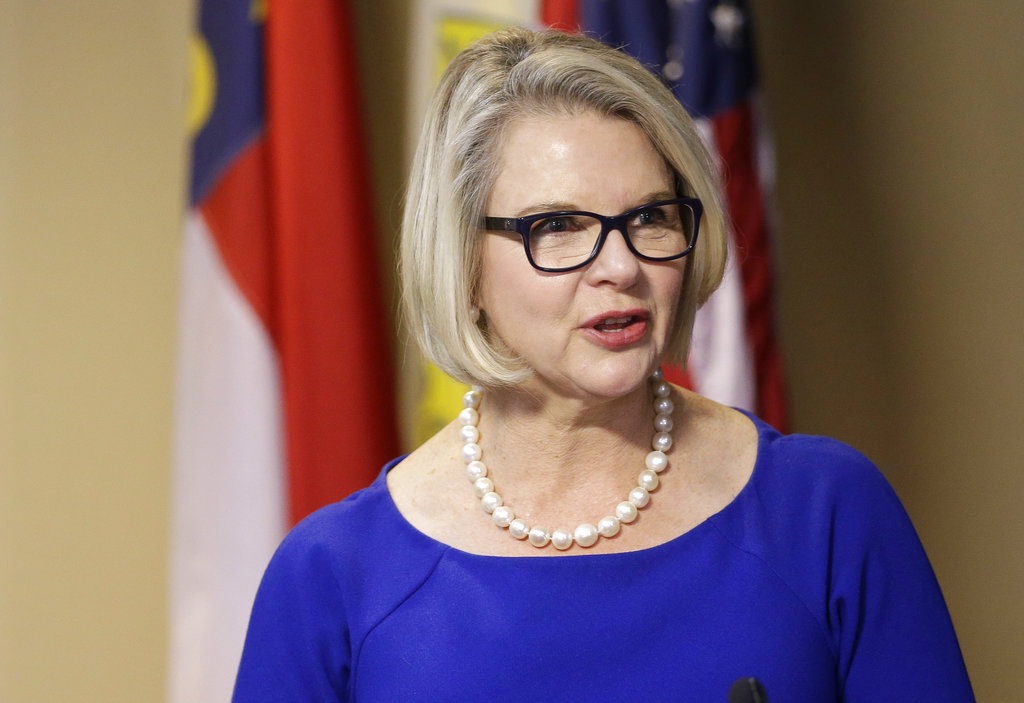 Imagine you decide to quit your job. You tell your boss, and he or she thanks you for your hard work and writes you a check for a half-million dollars.

That sounds like a farfetched dream, right? But dreams can come true if you’re UNC system president Margaret Spellings, who’s getting the payout even though she insists it was her decision to step down after three years on the job.

“All leaders are for a time,” she said as she announced her decision to leave with two years left on a five-year contract, making her the shortest tenured UNC president in recent memory. She’ll stay on until March 1, then get a $500,000 payout with $35,000 thrown in for relocation expenses, because apparently moving is quite a financial hardship when your salary is only $775,000.

While she has only positive things to say about them, it’s likely Spellings was tired of her bosses, the fractious 28-member UNC Board of Governors. And given that board chairman Harry Smith described Spellings’ departure as a “mutual agreement that now is the right time for a new leader for our next chapter,” it’s clear that the board also wanted her to leave.

It’s unclear where the UNC presidency goes from here, and that should trouble anyone who cares about the health of higher education in North Carolina. For now, the university system is in good hands with the well-respected CEO of UNC Health Care CEO, Dr. William Roper, stepping in as interim president in January.

But what exactly are UNC board members looking for in Spellings’ eventual replacement? The Republican-led legislature has put more political figures on the board in recent years — folks like former N.C. Republican Party Chairman Tom Fetzer and former GOP Sen. Bob Rucho. Unlike the business leaders from both parties who have run the board in the past, they’ve sought a bigger role in the UNC system’s operations.

Does the board want someone more conservative than Spellings, who served as education secretary under President George W. Bush? Will they bring in a political leader more willing to shake up the university system and do the board’s bidding?

Nobody’s offering specifics yet, but Smith has promised to take the process slowly and solicit input. Professors and students are rightfully suspicious, and I doubt they’re happy to see Spellings get a sweetheart deal to leave while adjunct professors remain underpaid and tuition continues to rise.

Even if the board members want to hire a higher education luminary who’s respected across the political spectrum, such a candidate might not want the job. No one likes being micromanaged, and that’s what one can expect from a board that meddles in campus chancellor searches and kills off law school programs it doesn’t like.

Spellings’ departure offers an opportunity for state leaders to review the UNC system’s governance model and hit the reset button. The current Board of Governors is appointed entirely by the legislature, which results in a partisan board regardless of which party controls the General Assembly.

Legislative leaders have been trying to add checks and balances to boards and appointments controlled exclusively by the governor. So they should be intellectually honest and do the same with the UNC Board of Governors. Perhaps the governor could appoint a few of the members, or there could be more faculty and student representatives.

Roper’s interim presidency will allow time for changes and fresh ideas. State leaders must instill confidence in the university system — that UNC’s leadership will effectively serve the needs of Republicans, Democrats and everyone in between.