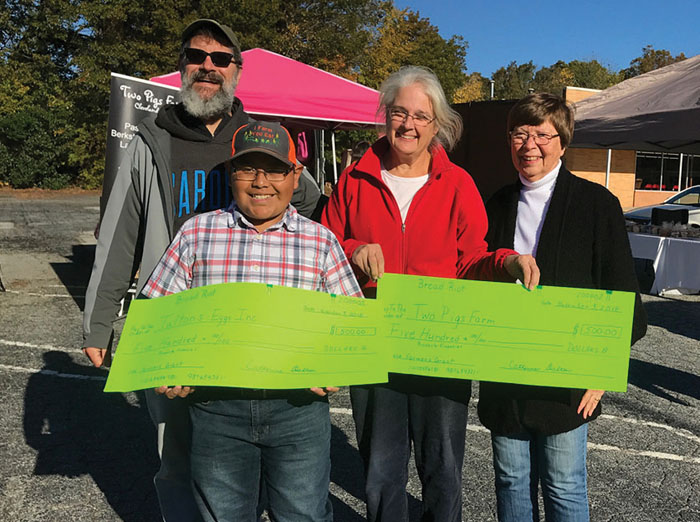 Deirdre Parker Smith/Salisbury Post Talton Correll and Mikell Reynolds hold checks for grants from Bread Riot, presented by Dottie Hoy, right. Andrew Pitner, a board member of Bread Riot, is at the left.

The Bread Riot, a local food advocacy group, together with the Robertson Foundation, was able to award $500 checks to two local farmers recently.  Applications had been received from eight Rowan County small farmers.

The winners were Two Pigs Farm near Cleveland and Talton’s Eggs Inc., also near Cleveland. All other applicants received a small check as encouragement.

Two Pigs Farm said that they would use the money to repair structural damage caused by the recent hurricane winds and rains.

Talton Correll will increase his egg production by increasing his flock size, adding feeders and waterers and an egg washing machine.

Bread Riot is pleased to support our local farmers and producers, said Dottie Hoy, who made the presentation.