Election 2018: Two vie for North seat on Rowan-Salisbury school board 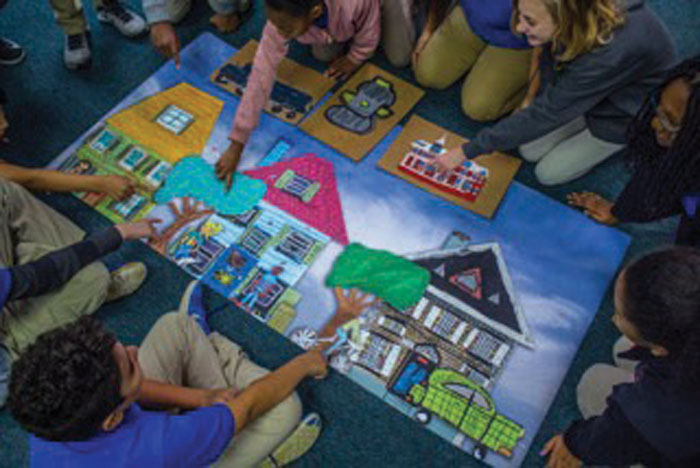 Students at North Rowan Middle School have created art for the Silly City program they hope will ultimately be installed on aluminum panels at the N.C. Transportation Museum.

SALISBURY — There’s only one race for a seat on the Rowan-Salisbury Board of Education this year.

After incumbent and former chairman Richard Miller decided not to run for re-election, though,  two newcomers quickly jumped at the chance to replace him:

• Kevin Jones, who currently sits on the Spencer Board of Aldermen

Jones, 38, is in his fourth term on the Spencer board. If elected to the Board of Education, he would have to resign that seat. Jones is a business owner and is involved in a nonprofit group, Engage North Rowan, run by his wife, Cybil.

Bolen, 53, is an Air Force veteran who taught at several local schools, including Henderson Independent High School. He also is associate minister and youth minister at New Shepherd Missionary Baptist Church in Cooleemee.

The two tout different perspectives as candidates. Jones said if elected, he would bring the perspective of a parent and community member; Bolen said he’d bring that of a teacher.

Jones also plans to focus on the district’s status as a renewal school system. As the only district in the state to be given charter-like flexibilities, RSS has both great responsibility and great opportunity. It’s something Jones said he’s excited about.

Another major focus for Jones is restoring and elevating the voice of teachers, who often become lost in bureaucracy.

He believes that the district’s one-to-one policy of equipping every student with a laptop or iPad has some wrinkles that should be ironed out.

Bolen’s main focus, should he be elected, will be working toward a career and technical high school for Rowan County. Not every student will choose to go to college, he said.

He has suggested that space at West End Plaza could be used to house such a program. He would also like to see improvements in career and technical education programs.

He opposes the district’s renewal status. Bolen said he believes the designation came about because of condescension from the North Carolina General Assembly. He said the district instead should work to improve and change itself.

Bolen also advocates getting rid of the one-to-one policy and for improving Henderson Independent High School.

Bolen received his undergraduate degree from Concord University and his master’s degree from Scranton University. He has served on the Spencer Zoning Board of Adjustments and was an advisory member of the board of Essie Mae Kiser-Foxx Charter School.

Jones is a West Rowan High School graduate who earned his undergraduate degree at Elon University. He is an administrative director at Life Church, owns three local Subway franchises and does some work as a licensed general contractor.

All Rowan County voters can vote in this race. School board members serve four-year terms.

Others on the board are Chairman Alisha Byrd, Susan Cox and Chairman Josh Wagner. Their seats will be up for election in 2020.