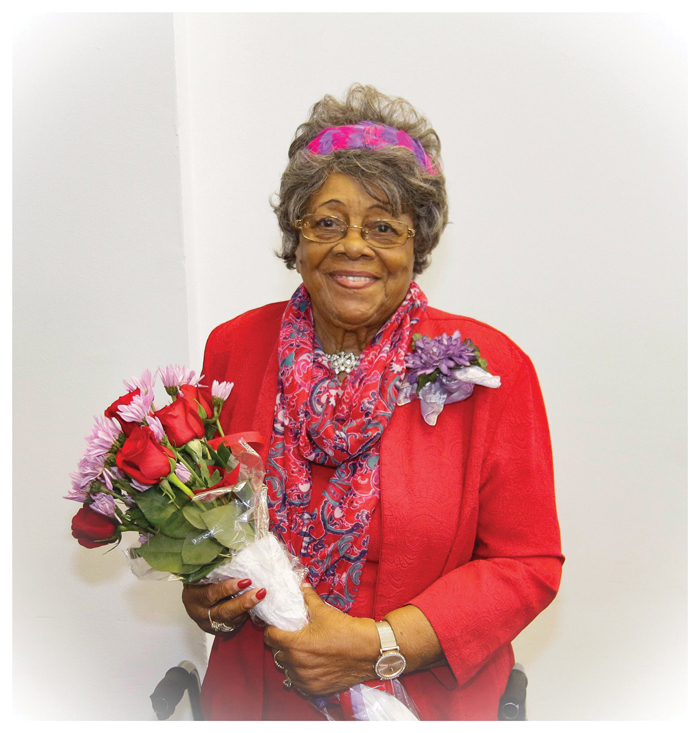 Submitted
Mrs. Fannie Marie Tillery Butler celebrated her 90th birthday on at Livingstone College Event Center on Oct. 27, 2018.
Mrs. Butler is a 1949 graduate of Livingstone College where she met and married David T. Butler Sr., a local principal.
She has spent the last 73 years serving the Salisbury community. She was the first director of Miller Recreation Center and went on to teach mathematics at several high schools in the area. She retired from Salisbury High School in 1989 after teaching for 38 years.
She was born in Morehead City and likes to say that she came to college to get her BS degree and M.R.S. and she got both.
She was a founding member of the West End Community Organization (WECO), a member of the Salisbury Beautification Committee, Habitat for Humanity Homeowners Committee and the Rowan Iredell Credit Union Board of Directors. Mrs. Butler has received the Elizabeth Duncan Koontz Humanitarian award, the City of Salisbury “Our Community Appreciation Award” and many others.
However, what is most important to her is family: daughter Cynthia and late son David T. Butler Jr. (Charlotte’s Butler High School was named for him).
Family came to the event from Morehead City, Raleigh, Havelock, Durham, Kingston, Lumberton Charlotte and Columbia, S.C. plus members of organizations and her church as well as friends from the community.
Entertainment was provided by a sax player and a comedian from Charlotte. There was a toast by her brother, Dr. Winfred Tillery of Raleigh and daughter Cynthia shared about her mother’s favorite things — telling jokes, collecting lighthouses and Black Santa Clauses and playing a mean of game of Pinochle.
The celebration ended with “Fannie Bingo” which consisted of places and people in her life, included naming her nine other siblings, grandchildren and great-grandchildren.