‘K’ is for Kameron and Kannapolis: Local singer still alive on ‘The Voice’ 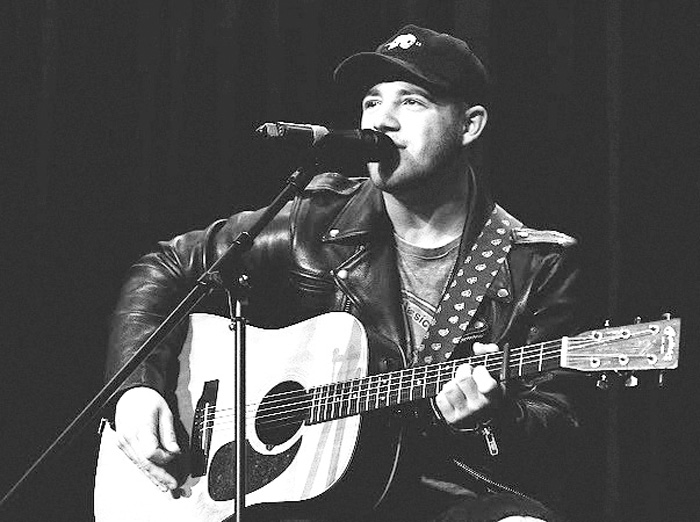 Submitted photo Kameron Marlowe, who is a contestant on 'The Voice,' is a 2015 graduate of A.L. Brown High in Kannapolis.

This summer and fall, he has sung for Blake Shelton, Adam Levine, Kelly Clarkson and Jennifer Hudson.

He has been coached by Shelton and received tips from Mariah Carey. He has appeared on national television at least three times. And now he’s among the top 24 performers still competing on NBC’s popular show, “The Voice.”

Marlowe is living a dream and seeing the rewards of a passion that started when he received his first guitar at age 7.

To say Marlowe’s the darling of his native Kannapolis would be an understatement. And his family members are over the moon with pride and excitement.

That family includes grandparents Barry and Teresa Eddinger in Rockwell.

“My hometown Kannapolis is just going crazy about this,” Barry Eddinger says. “… I’m so happy for him and so proud of him. It’s like I said, he’s already a winner. It really has opened the doors for him big time.”

In Kameron’s most recently aired appearance on “The Voice” last Tuesday, he squared off in a knockout round with a fellow country artist, Dave Fenley, 39, of Nashville, Tennessee.

Both men were members of Shelton’s team of performers, and it was up to Shelton to choose the guy he thought did best.

Fenley sang and played the guitar on the Lionel Ritchie song “Stuck on You.” Marlowe opted to sing and strum his guitar on Bob Marley’s “I Shot the Sheriff.”

Shelton chose Fenley, a decision which normally would have meant Marlowe was off the show.

But an impressed Levine “stole” Marlowe for his own team and became his new coach.

“You were 100 percent his equal up there,” Levine told Marlowe and said he felt stupid for not pressing his chair’s button for Marlowe during the earlier blind auditions.

During the blind auditions, Clarkson and Shelton turned their chairs as signs they wanted Marlowe on their teams, leaving the decision to Marlowe. He ended up choosing Team Blake. Now he’s all about Team Adam.

“Adam is a vocal beast,” Marlowe said after Levine’s steal. “He’s going to teach me a lot. I’m so excited.”

The overall winner of “The Voice” — the champion won’t be crowned until December — receives $100,000 and a recording contract.

When he’s not singing, Marlowe works in the parts department for a Randy Marion car dealership in Huntersville. His future appearances on “The Voice” will be in live shows, which take place in Los Angeles.

Marlowe is the son of Kip and Elizabeth Marlowe of Kannapolis. Other grandparents are Mr. and Mrs. Wayne Marlowe and Steve and Jan Garmon.

Kameron attended Forest Park Elementary School as a kid and graduated from A.L. Brown High in Kannapolis in 2015.

Back home, during a break in “The Voice” competition, Marlowe has performed twice at City Tavern in Salisbury, on Oct. 17 and 24.

Also in recent weeks, Marlowe entertained students at Jackson Park Elementary and A.L. Brown High. He held a parking lot concert at Commoners Brewing Co. in Concord and proved to be a big draw at the recent Lexington Barbecue Festival.

Kameron’s parents and brother Aidan accompanied him to the auditions for the show in June, and Eddinger says his grandson had to stay for about a month.

Besides the blind audition, for which he performed Luke Combs’ “One Number Away,” he advanced in a battle round when he sang a duet with Kayley Hill. They performed “Only Wanna Be with You.”

Going into last Tuesday’s knockout round, Shelton said Marlowe and Fenley represented the “country guys” on his team, but both took chances by taking on songs not considered country tunes.

And the judges were impressed with that.

After his steal of Marlowe, Levine said Kameron possessed great range in his ability. “I like to see a country guy do something out of his comfort zone,” Levine said.

Going into the knockout round, Marlowe acknowledged he was nervous doing the Marley song, and seeing Fenley’s strong performance in practice didn’t help.

But Eddinger likes his grandson’s stage presence and doesn’t see any nervousness when Kameron has performed for the coaches.

“Like one of the coaches told him the other night, he just seems so relaxed,” Eddinger said.

Up until now, Marlowe also has sung in church and holiday musicals. You may have heard him sing the national anthem at some sporting events.

“I find inspiration all around me,” Marlowe says on his website. “I try to make music representative of myself and my generation. I love the places that most people don’t give a second glance and the music genres that people wouldn’t expect me to enjoy.”

Marlowe hopes to finish recording an album with bandmates soon and release a single.

From here on out, his future appearances on “The Voice” will be live. Meanwhile, he’ll be receiving advice from his new coach, Levine, as he prepares himself for another trip to Los Angeles.

“I’m just overwhelmed with this thing, the talent he has,” Eddinger said.

Missing his brother: ‘I didn’t know how tough he…