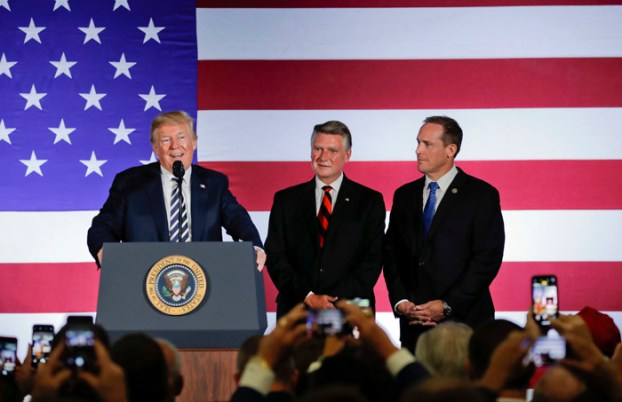 Election 2018, US House: All eyes on Budd, Manning in 13th District 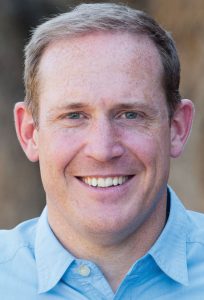 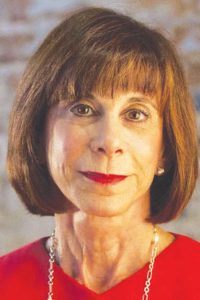 SALISBURY —On the 2018 ballot, no local race has drawn quite as much national attention as the battle in North Carolina’s 13th Congressional District.

The district — including all of Davie and Davidson counties and parts of Rowan, Iredell and Guilford — carries either promise or threat, depending on your side of the political spectrum. It’s been pegged as a key seat in the effort to flip control of the House to the Democrats in this midterm election.

Incumbent Republican Ted Budd is no stranger to a challenge in campaigning for the seat. Budd emerged victorious from a 17-candidate Republican primary in 2016 and won the election handily that fall.

October polls showed him with a lead of 3 to 6 percentage points over Democrat Kathy Manning as he seeks his second term representing the Republican-leaning district. Other candidates include Green Party member Robert Corriher and Libertarian Tom Bailey.

Despite a near-full slate of parties battling for the district, Manning remains the focus of aggressive pro-Budd advertising campaigns. She’s the person to beat, and with a 30-year-plus resume of community activism and expansive influence in Guilford County, it’s easy to see why.

She says she decided to run for Congress because like many Americans, she believes Washington is broken.

“I’m sick of turning on the news to hear that our representatives aren’t tackling the tough challenges that face our nation because they are bought and sold by Washington special interests and they refuse to work together to get things done,” she says.

She also says she sees herself as the type of person needed to work across the aisle and address challenges like the rising costs of health care and prescription drugs, threatened Social Security and Medicare, and an economy that works for all, not some.

But Budd says he sees plenty being accomplished with the Republican-controlled Congress, things like 60 bills targeted toward fighting opioid abuse.

Then there’s the economy — 7.1 million unfilled jobs and 3.7 percent unemployment, the lowest since the late 1960s.

“Women’s unemployment, 65-year low,” Budd says. “Minority unemployment, since that number has been recorded, is at an all-time low. People are working. Wages are going up. Tax cuts put more money back in hardworking, taxpaying Americans’ pockets. We’ve got a lot of momentum.”

Everywhere he goes, small businesses are growing, he says. “The economy is expanding faster than we’re able to find the talent to fill it.”

His top legislative issues are opioid abuse, school safety and keeping the economy moving “so people have opportunity.”

Here’s how the two compare on other national issues:

Budd says he supports the consolidation of multiple loan programs under the PROSPER Act, a rewrite of the Higher Education Act championed by Rep. Virginia Foxx, R-N.C. If passed, the bill would simplify federal student aid, rein in costs, and cap the amount of money parents and students can borrow from the federal government.

Manning says she believes every student should have access to an affordable education, be it a community college, a four-year institution, or a technical or vocational institution.

She says she supports expanding access to Pell Grants and allowing student borrowers to refinance their federal student loans, something that will “make college more affordable for all families.”

“We shouldn’t afford corporations more opportunities to refinance their debt than we do our students,” she says.

Budd takes issue with Senate Majority Leader Mitch McConnell’s statement that cutting entitlement programs like Medicare, Medicaid and Social Security is the only way to reduce the deficit.

He says he’ll work to protect both Medicare and Social Security and that economic growth is the solution: “I’ll work to make sure we have a strong economy and a strong tax base that can support these benefits.”

But he says expanding Medicare to working-age adults could endanger a program people have paid toward throughout their working life.

Manning says that reckless politicians in Washington have continually put Medicare and Social Security at risk.

She says she will support strengthening both programs “for the long term” and will oppose any effort to cut benefits that have already been promised.

Budd says responsibility for preventing another collapse falls on several entities. “Not all of it is just Congress. Some of it is the administration, and some of it’s also the Federal Reserve … to make sure they have the tools in hand to make sure our economy is stable and attractive.”

Trillions have been repatriated to our economy since the passage of the Tax Cut and Jobs Act, he says, though tariffs and their impact on U.S. companies remain “a concern.”

Manning says economic improvement will require “aggressive … investments in workforce training, … ensuring our workers are prepared for the jobs of today and tomorrow.”

She says Congress should prioritize job retraining programs to prepare the workforce for future innovation, and that leaders should also be working with business and civic leaders to recruit more good-paying jobs to local communities.

Budd says he’s been attacked by people who say inaccurately that his 2017 vote to replace Obamacare was a vote to gut protections for pre-existing conditions. The bill did not allow states to refuse coverage to people with pre-existing conditions, though it would have opened the door for insurers to hike premiums for those people under certain circumstances.

“Congress has failed to focus on how to fix this broken system,” she says.

If elected, Manning says she’ll work to find solutions that will allow every American to get affordable health care, including those with pre-existing conditions and seniors.

“I believe we must reduce the fragmentation in our health care system while emphasizing early detection and preventative care, including encouraging healthier living choices,” she says.

Manning also supports reduced reliance on expensive emergency room visits by increasing access to doctors and medical professionals and addressing what she calls “the outrageous cost” of prescription drugs.

“I will also look into shortages of much needed medications and go after price gougers,” she says.

Elizabeth Cook contributed to this report.

SALISBURY — On the campaign trail for his fourth term in Congress, Republican incumbent Rep. Richard Hudson says he has... read more