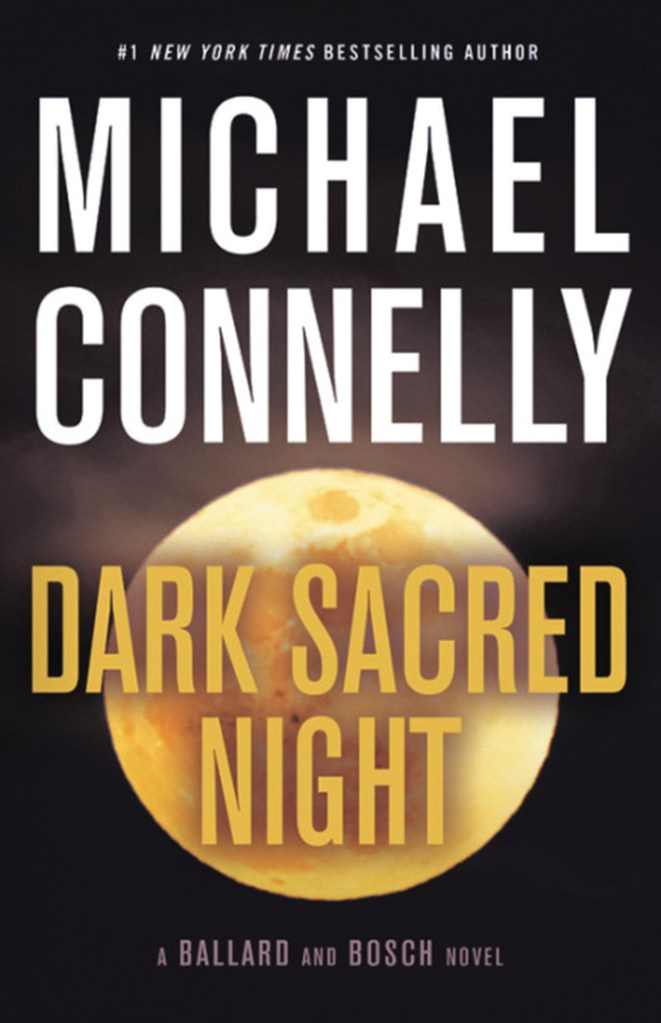 The Harry Bosch series started out bleak and, with the passing years, has only gotten bleaker.

The deepening of the gloom certainly has something to do with the aging of its hero. Back in 1992 when Michael Connelly first introduced Bosch in “The Black Echo,” he was an LAPD detective in the prime of his lonely life.

True to hard-boiled form, Bosch eventually ran afoul of police bureaucracy and got nudged into early retirement. In the most recent novels in the series, Bosch has been working as a reserve detective for the cash-strapped San Fernando Police Department where his office is a former drunk tank cell, complete with bars. In his downtime, Bosch digs into cold-case homicides.

Melancholy hangs thick as smog over this series as Bosch, heading into the end zone of his life, realizes that there will never be enough time to fix all that needs fixing in this world gone wrong.

Perhaps because Connelly himself needed a bit of a break from Bosch’s company, he debuted a new detective last year in the novel “The Late Show.” LAPD Detective Renée Ballard is half Bosch’s age, but her worldview is hardly any sunnier. How could it be, when she works “the late show,” as the graveyard shift is called in police slang?

Shunned by many colleagues because of a sexual harassment complaint she filed against a superior, Renée has a personal life that makes Harry’s look healthy: her family consists of her dog and a grandmother she sees occasionally; her home is a tent she pitches on the beach.

Given Connelly’s predilection for writing mysteries in which characters from different series intersect (such as Bosch and his half brother, “The Lincoln Lawyer” Mickey Haller), it’s no surprise that these two loner detectives who spend their lives staring into the void were destined to run into each other and partner up (professionally).

The only surprise is that the inevitable meeting happened so quickly. “Dark Sacred Night” is billed as the first “Ballard and Bosch novel” and it is ingenious, frantically suspenseful and very, very bleak. In mathematics, two negatives multiplied together equals a positive; in “Dark Sacred Night,” however, the pairing of these two negatively charged detectives only intensifies the despair.

When the novel opens, Renée has just figured out the solution to a particularly grisly tableau of death in a house high up on Hollywood Boulevard. (Hint: Cat owners should always leave plenty of extra kibble in the feeding dish.) Upon returning to her desk at the Hollywood Division, Renée spots a stranger — an older man with gray hair and “the mustache that seemed to be standard with cops who came on in the seventies and eighties” — rifling through another detective’s file cabinets. Renée sneaks up behind the intruder with her Glock at the ready.

Of course it’s Harry. Turns out he’s trying to find old notes on the Daisy Clayton murder — a cold case that obsessed him in his last outing, “Two Kinds of Truth.” Daisy was a 15-year-old runaway-turned-prostitute whose body was found in a trash bin in Hollywood nine years earlier. Bosch has gotten so deep into the case that he has even assumed responsibility for getting Daisy’s mother off drugs and put her up in the guest bedroom in his apartment.

Renée is intrigued by Bosch’s haunted determination, so she offers to help him read through the mountain of field notes, or “shake cards,” as they’re called, filled out by patrol officers who had reason to stop and question people on the Hollywood streets months before Daisy’s murder.

But both Bosch and Ballard are also on the clock for active cases, and the novel alternates back and forth between each of their investigations: Bosch is assigned to figure out who ordered the execution-style murder of a vicious gang leader in the San Fernando Valley. In addition to that feline-related fatality, Ballard responds to a report of intruders on the roof of a strip joint, a situation that gives her yet another opportunity to behold the entrenched sexism of her male colleagues.

Bosch, of course, doesn’t share that macho mind-set — and it’s a good thing, too, because without Renée’s quick thinking … well, I don’t want to ruin the story. Let’s just say that in the spectacular final third of “Dark Sacred Night,” the two detectives learn the hard way that they have each other’s backs. After the danger is dispensed with, the tight-lipped Bosch offers Ballard the professional equivalent of a marriage proposal:

“[M]aybe we keep working on cases together. …”

Fortunately for Connelly fans and for the future of this fledgling series, Ballard falls for Bosch’s feminist-tinged sweet-talk. We’ll see just how long it takes for Bosch to renege on his promise to let Ballard “call the shots.”