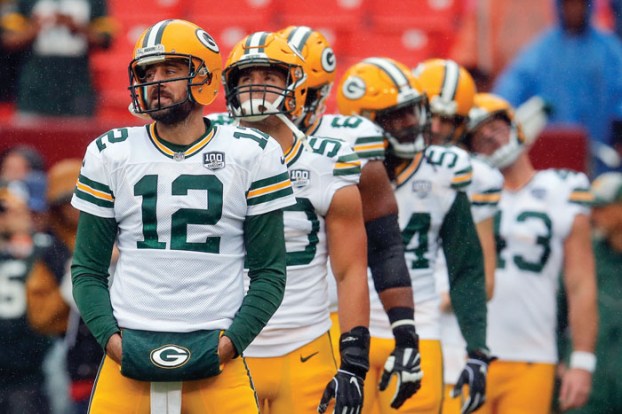 FILE - In this Sept. 23, 2018, file photo, Green Bay Packers quarterback Aaron Rodgers (12) warms up with the team before the NFL football game against the Washington Redskins in Landover, Md. A prime-time showdown between two of the league's most successful quarterbacks highlights Week 9 of the NFL season. Aaron Rodgers and the Packers head to New England to take on Tom Brady and the Patriots. (AP Photo/Carolyn Kaster, File)