Students at Livingstone College gather to “rock the vote” 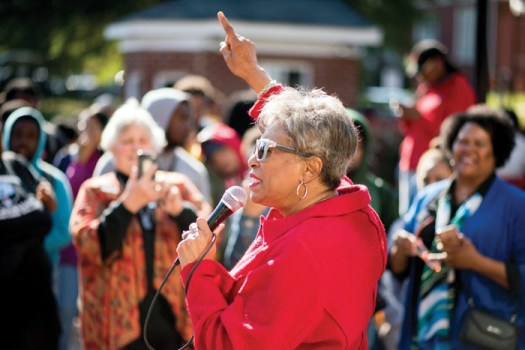 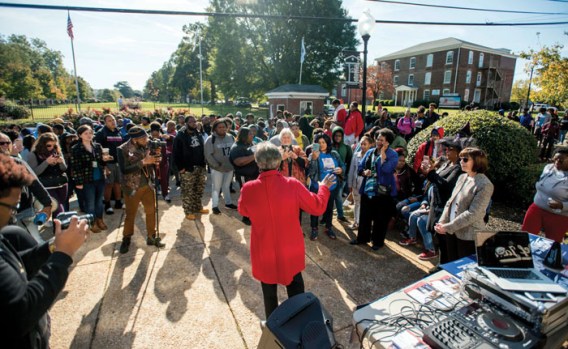 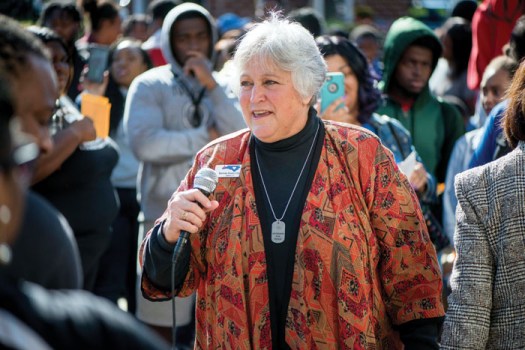 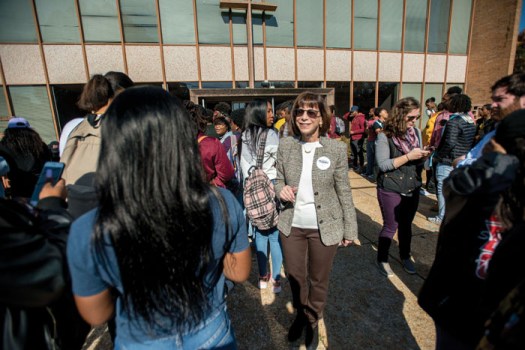 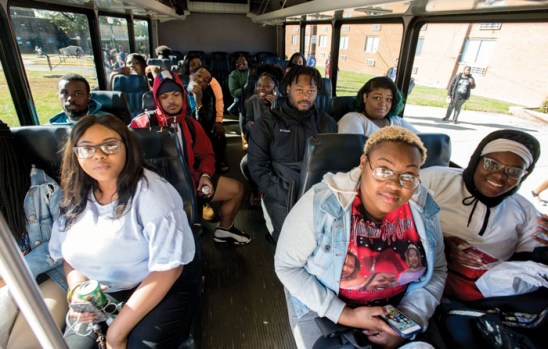 The college’s annual “Livingstone Rocks the Vote” was an effort to provide students the opportunity to go to the polls and cast their ballots.

The college has hosted similar voting drives for over a decade. In years past, groups of students walked together to cast ballots at the Rowan Public Library Headquarters Branch.

With the loss of the library voting site last year, college officials continued to ensure that students would have a pathway to the polls. The college provides shuttles and buses to and from the county Board of Elections Office in West End Plaza, where early voting is available.

“We’re not going to let anything stop us from voting,” Brown said.

Before the shuttles began, several candidates and local officials spoke to the students just outside the auditorium. Inside, staff members were waiting with bagged lunches for students to carry with them to the polls.

The speakers included Salisbury Mayor Al Heggins as well as local Democratic candidates Kathy Manning, running for Congress in the 13th District; Bonnie Clark, running for the legislature in the 77th House District; and Veleria Levy and Latasha Wilks, both running for Rowan County commissioner.

Levy said she had seen similar voter gatherings during her time at North Carolina A&T State University, when polling locations were changed and moved farther from campus.

She and Wilks encouraged the students to not let themselves be turned away at the polls.

“Make sure you’re not detoured by someone that tries to tell you you cannot register today, because you can,” Wilks said. “Your vote is your voice.”

Heggins reminded the students that voting is “critically important.”

Manning, who faces Republican incumbent Ted Budd on the ballot, was joined by Michigan Congresswoman Brenda Lawrence, who encouraged students to remember that their vote is their power.

Lawrence said she had come from Washington to support Manning because Manning would be a voice for all of North Carolina’s 13th District.

“This election is bigger than just you voting. You must have the fight to go out into the communities and turn out the vote,” she said. “… We are going to get a blue wave, and that blue wave can start right here on campus with the Blue Bears.”

Manning told students that by voting, they are exercising a right that was difficult for many to get.

“This election is about the future. It’s about your future, … and you can shape (it),” she said.

“Like our mayor said, you are the power behind the elected people in office. You hold them accountable,” she said. “If they are not doing your will, replace them. That is your right. That is your responsibility. That is your opportunity today.”