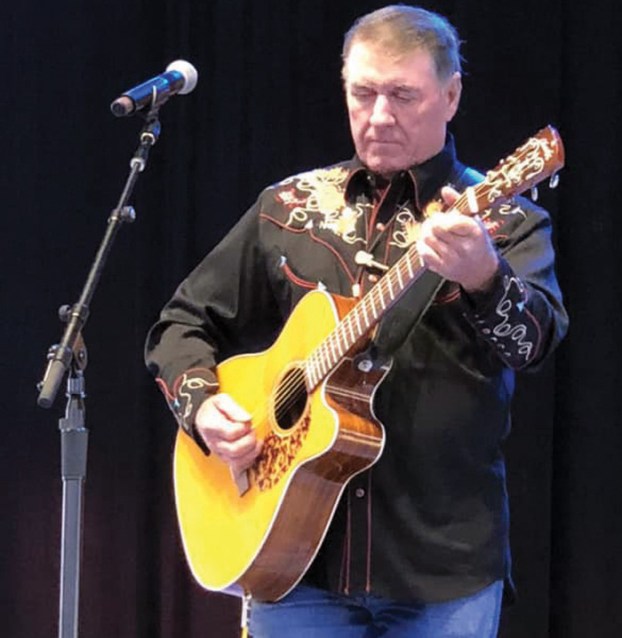 SALISBURY — Darrell A. Conner is spending time these days helping his brother clear some land, so he often finds himself on a bulldozer or tractor.

But he still leaves room for his music, and Connor learned last week that judges at the N.C. State Fair Folk Festival had awarded him the top honor going to any musician that competed — the Bascom Lamar Lunsford Trophy.

“It’s an honor, and I really don’t have the words for it,”  Connor said Wednesday. “It took me by surprise.”

The results were posted last week, and the trophy itself arrived at Connor’s Rowan County farm by mail on Monday. It’s sitting in his music studio.

“I kind of feel like I’m representing all the musicians and people who like to listen to music,” Connor said, “and I try to give my best on my music.”

Either as a solo performer or with his Country Legends Band, Connor continues to play at senior centers, rest homes, Hefner VA Medical Center, churches and benefits.

Every summer for the past 13 years, he has been host at his Clark Road property for Nashville on the Lake, a day of country music with him and many of his musician friends.

Hundreds of people bring their blankets and lawn chairs to the concert. Next year’s gathering is planned for June 8.

Connor has played on the same stage with country music legends such as Kitty Wells, Bill Anderson and George Hamilton IV.

Connor made important country music connections through his friendship with the late Don Helms, who played the distinctive steel guitar on 10 of Hank Williams Sr.’s 11 No. 1 hits.

It led to Connor’s having a place in the Hank Williams Hall of Fame Museum and a lifetime membership in ROPE — Reunion of Professional Entertainers International.

Meeting, becoming a friend and playing on he same stage with Helms were among his biggest music moments, Connor said. “I don’t have words to describe him,” he added. “He was the most modest, enjoyable person to be around.”

That doesn’t mean, however, Connor is downplaying the significance of the Lunsford Trophy, which also has been won in the past by Rowan County’s Matthew Weaver and the late Paul Hill.

“This is the N.C. State Fair, and people come from all over the United States,” Connor said. “It’s a little bit more prestigious. It’s a whole lot bigger than any county fair is.”

Connor, 68, retired as a lieutenant with the Salisbury Police Department in 2001 after 30 years, but he has been part of the music scene in Rowan County for decades.

The songs he sang and played in the Folk Festival competition included “House of Gold,” a Hank Williams gospel song; Johnny Cash’s “Will the Circle Be Unbroken?”; “I’ll Be Loving You Till the End”; and Vince Gill’s “Go Rest High on That Mountain.”

In his annual tribute to Hill, one of his friends and mentors, Connor played “Wildwood Flower” as his instrumental, along with Cash’s “Ghost Riders in the Sky” and “Red Wing.”

Connor has competed at the State Fair for the past six years, and he told the judges they can plan to hear “Wildwood Flower” in memory of Hill “as long as I come down here.”

“Red Wing” also has sentimental value. Long ago, Connor’s grandmother encouraged him to learn that song — her favorite.

Connor can play lead and rhythm guitar, banjo, bass and the 10-string steel guitar. He has become a fan recently of Blue Ridge brand guitars.

Holiday issue of Salisbury the Magazine has hit the streets

SALISBURY — The Holiday 2018 issue of Salisbury the Magazine is now available. Copies have reached subscribers and been distributed... read more