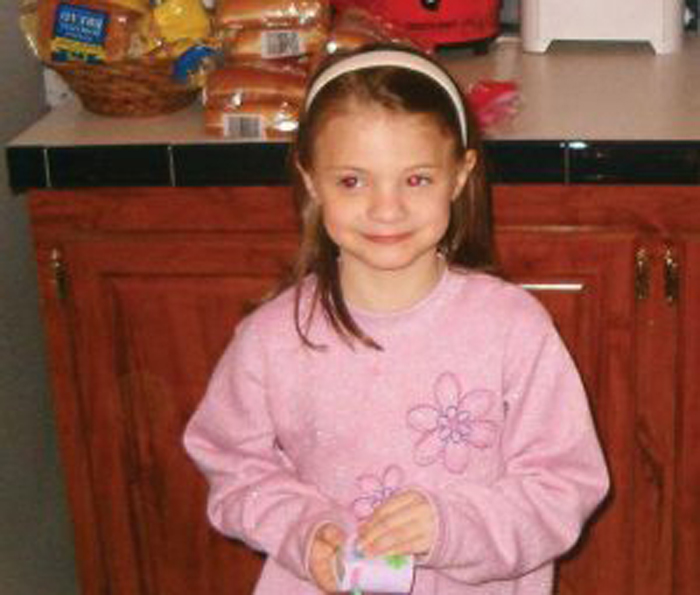 SALISBURY — After an extended back-and-forth during a Wednesday morning hearing, Rowan County District Attorney Brandy Cook and attorneys for Sandy and Casey Parsons failed to set a date for the couple’s trial on charges of murdering their adopted daughter.

Cook went into the hearing ready to schedule a date, but attorneys Robert Campbell of Taylorsville and Vincent Rabil of Winston-Salem both said it would not be possible to begin given their current schedules and lack of time to review a multitude of trial documents.

Since 2013, the Parsonses had been under investigation by the Rowan County Sheriff’s Office after their biological son, Jamie, reported that he had not seen his sister, Erica, in two years. The couple told authorities then that Erica went to live with her biological grandmother, Irene Goodman.

The girl’s biological family, including her mother, Carolyn Parsons, said there was no Irene Goodman.

Investigators searched the couple’s home on Miller Chapel Road, their parents’ homes and other homes where they had lived over the years.

The pair were convicted in 2015 on charges that they continued to receive adoption assistance after Erica went missing. Casey Parsons also was convicted of trying to avoid IRS garnishment of any money she would have received if Erica were listed as a dependent on her tax returns.

Jamie Parsons testified in court that he witnessed his parents abuse Erica and that he participated in that abuse.

In February 2016, Sandy Parsons sought out Rowan County sheriff’s Detective Chad Moose and told him that Erica was dead. He told the detective that Erica’s body was disposed of on Dec. 18, 2011. Sandy Parsons led detectives about 80 miles from Salisbury to Chesterfield County, South Carolina, where human remains were found buried.

On Sept. 30, 2016, the N.C. Medical Examiner’s Office identified the bones as Erica’s. On Jan. 9, an autopsy report said the medical examiner had determined that Erica died of homicidal violence of undetermined means.

The autopsy also revealed that Erica may have been suffering from an untreated infection or sepsis, renal failure, poisoning or rhabdomyolysis (a breakdown of muscle that releases a damaging protein into the blood).

Until February, the couple were in federal prison serving time on mail fraud, tax fraud and other convictions. Both were indicted for murder by a Rowan County grand jury in mid-February. They were charged by local authorities and brought back to Rowan County to face charges of felony first-degree murder, obstruction of justice, concealment of a death and child abuse inflicting serious injuries.

They have been in the Rowan County Detention Center since March, held without bond.

Cook began Wednesday by explaining to Superior Court Judge Anna Mills Wagoner that the trial date was originally supposed to be addressed earlier this month but there was a conflict with the attorneys’ schedules.

“The purpose of today is to schedule a trial date,” Cook said.

Cook provided Wagoner with a recap of when the couple were indicted and when her office sent documents and other records of the investigation.

“We need to set a trial date,” Cook said emphatically.

She said many trials are held up by unprocessed lab results, but that is not a problem in this case.

Campbell said he’d never known a murder trial to be scheduled so early in the process.

Campbell said they don’t have all the experts they intend to use during the trial lined up. He recommended the attorneys return in February to set a trial date.

Rabil said he has two murder trials scheduled in the spring and summer of 2019 and a few others possibly to be scheduled next year.

“How long do you think it will take for y’all to get up to speed?” Judge Wagoner asked.

“I’ve never seen a trial of this magnitude go to trial in under two years,” Rabil said.

Campbell said he and the other attorneys need to know whether Cook intends to try the Parsonses separately because that would determine their trial strategy.

“We have to fill in all of these gaps that’s not in the discovery before we can even begin to think about trial strategy,” Rabil said.

Rabil said he did a quick Google search under the names of Sandy and Casey Parsons and it yielded 2.5 million hits.

Cook said her office provided documents received through subpoena from the DSS and FBI that were turned over to the attorneys.

She said her office even transcribed jail phone calls and provided them to the attorneys.

Casey Parsons was brought into court clad in a khaki Rowan County jumpsuit. Her husband, Sandy, wearing an orange jumpsuit, was placed in a seat opposite her. The two exchanged a quick look in each other’s direction but never made eye contact during the nearly two-hour hearing.

Wagoner asked to speak with the four attorneys and prosecutor outside the courtroom. When they returned, Wagoner set a Feb. 14 hearing to decide a trial date. She also told the attorneys to not schedule another murder cases in 2019 and to submit in writing a request for other documents from the District Attorney’s Office.

She said she doesn’t want to have to come back in five or 10 years with things still unresolved.

When asked about seeing Sandy and Casey in court, Carolyn Parsons said she has no feelings for them.

“My emotions are that I gave one of the most precious gifts that you can give anybody, and that is a child. I trusted them with a precious gift,” she said.

She said if she had the opportunity to go back and do it all over again, she would not leave Erica in their care.

“I would risk bouncing from home to home, place to place because I’d know where she was,” Parsons said.

“Do I think all the right channels were covered when this was going on? No,” she said.

Parsons said she thinks the investigation was thorough. She said she has a lot of confidence in the detectives, particularly investigator Chad Moose and Sheriff Kevin Auten as well as District Attorney Cook.