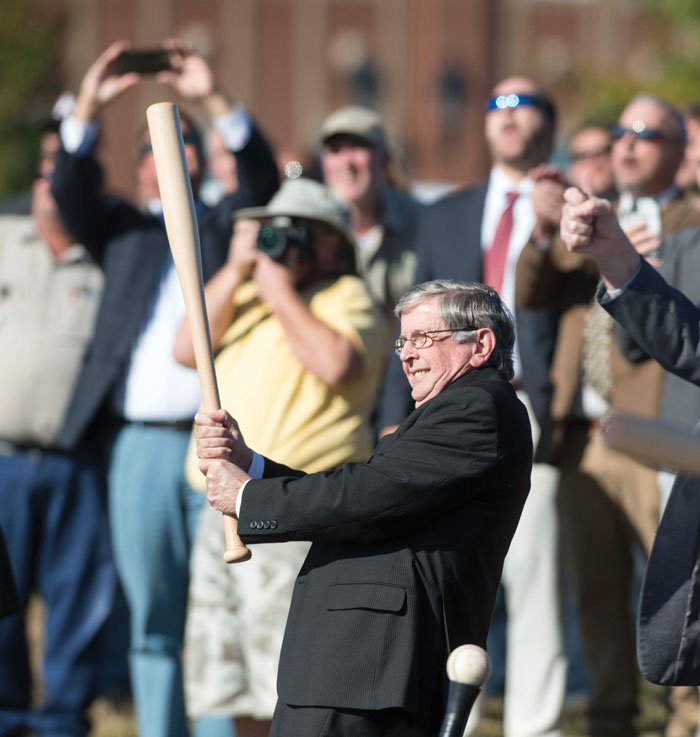 Temerity Baseball, led by Andy Sandler of Temerity Capital Partners of Washington, D.C., announced Thursday that it had bought the Kannapolis Intimidators.

“As a lifelong baseball player and fan, I am excited to partner with the White Sox organization and the South Atlantic League in bringing an affordable family-friendly baseball experience to the Kannapolis region,” said Sandler, Temerity Baseball CEO and president, in a press release. “… We appreciate the vision and support of both the city and Cabarrus County in this ambitious endeavor.”

The release said Temerity Baseball will be working closely with the city on completion of the Kannapolis Sports and Entertainment Venue in time for the opening of the 2020 baseball season. The venue is expected to be the anchor of the city’s revitalized downtown.

In addition to the Intimidators’ home games each season, Temerity Baseball plans to make the new Sports & Entertainment Venue a year-round destination with events like concerts and festivals, a children’s play area and other community amenities.

The team and Kannapolis hope to regularly welcome families and residents to the venue as often as possible on non-event days, according to the press release..

“We look forward to a new era of great baseball with the Kannapolis Intimidators,” Hinnant said. “Our City Council has committed to the success of the team with the approval of the construction of the Sports and Entertainment Venue and the investment of the downtown revitalization project. We are realizing our vision for a prosperous economic partnership together.”

“The South Atlantic League is pleased to welcome Andy and his Temerity Baseball team to our family,” Krupa said. “The city of Kannapolis has made a substantial commitment to the South Atlantic League and Minor League Baseball with the approval of the Sports & Entertainment Venue, and Andy and his team provide the stability and resources for a successful future of the Kannapolis franchise.”

The team will play the 2019 season in Intimidators Stadium built by Rowan County near the Rowan County-Cabarrus County line. Season tickets, including Founders Club memberships ensuring priority season seat selection at the team’s new home in 2020, are on sale at IntimidatorsBaseball.com.

Opening day for the team’s final season at the Intimidators Stadium supported by Atrium Health is scheduled for Thursday, April 4, 2019.

The Kannapolis team, a Single-A affiliate of the Chicago White Sox, was established in 1995 as the Piedmont Phillies, later renamed the Boll Weevils. Before the 2001 season, NASCAR icon Dale Earnhardt — know as “The Intimidator” — bought a share of the team, then renamed the Kannapolis Intimidators.

Since December 2004, the team has been owned by Smith Family Baseball, owned by businessman Dale Smith of Illinois and his son Brad, for many years the team’s president.

An affiliate of Temerity Capital Partners, Temerity Baseball is a family-owned-and-operated company run by Sandler and his family. Sandler is an entrepreneur and investor who has founded and led professional services and software firms focused on financial services following a career as a litigator and legal advisor for the financial services industry.

ACC players: Cost of attendance stipend helps in many…