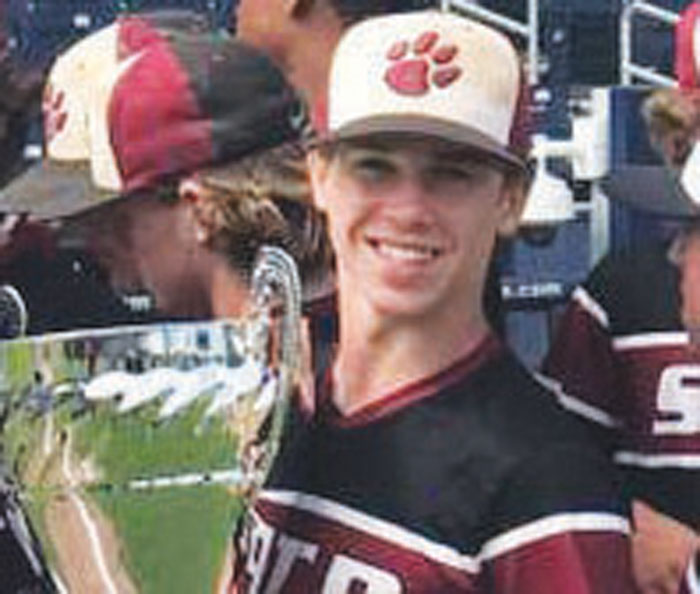 “This is the first time the South Charlotte Panthers organization has worked with players this young,” Clemons said. “It’s been a great experience for me and the Panthers. It’s been an opportunity for our area kids to compete against national-level competition, and it’s put a lot of them on the radar to compete for college scholarships. Our games are where the college coaches are.”

While Clemons is coaching 14-year-olds who have yet to play their first official high school game, these are advanced players, physically, mentally and emotionally. They’ve been coached up by some of the best baseball minds in the Carolinas.

“It sounds crazy, but recruiting is getting earlier and earlier, with everyone looking for an edge as far as the best players, and we coach some of the best,” Clemons said. “Most of the calls I get from college coaches they want to know if anyone else has offered a certain kid yet. They don’t want to be left out, don’t want to get behind.”

Clemons is fielding calls now about Parker Byrd, a Scotland County athlete who is his best hitter, and Xavier Isaac, a power-hitting lefty from East Forsyth, who already is a strapping, 6-foot-2, 195 pounds. Isaac was MVP of the Perfect Game Freshman World Championships held in West Palm Beach, Fla.

Frequent inquiries are made to Clemons, who is assisted by Van Hurley, Lee Wray and Lee Kennell, about an East Rowan freshman named Cameron Padgett, the pitching MVP of the Perfect Game Freshman World Championships.

The University of Virginia was the latest to call about Padgett.

Padgett is thin, 155 pounds, spread over a 6-foot-2 frame, but most 14-year-olds are thin. He’ll fill out. He has shoulders that might be powerful by the time he’s 17.

The right-hander throws hard enough, but he has more than velocity. He has a smooth delivery, an arm that is loose and supple. He already has command of three pitches and he understands how and when to use them. He’s not just trying to get the ball over the plate. He’s locating inside or outside corner.

“He’s that special kid who can spot that 1-0 curveball or 2-0 changeup at a young age,” Clemons said. “He’s got a nice three-pitch mix, and he absolutely pounds the strike zone. He can throw any of  his pitches for a strike in any count. He’s also that kid that goes out to the mound knowing that the 7-8-9 hitters are coming up, and knowing he needs to go right after them and not waste any pitches, and that’s important with the pitch-count rules.  You don’t have to tell him he’s facing the bottom of the lineup. He’s always aware of the batting order.”

Padgett is a good athlete. While he’s almost exclusively a pitcher for the South Charlotte Panthers, he’s just about certain to be a two-way player for East Rowan. He’s mostly an infielder, but Clemons has seen him make remarkable catches in the outfield, so he’ll give East coach Brian Hightower lineup options.

“The one area where I would say Cameron can improve is physicality,” Clemons said. “Especially as a hitter, getting stronger is going to be important for him, but I’m sure he’s going to find the weight room more now that he’s in high school.”

Padgett isn’t the only Rowan player who starred for the Panthers. South Rowan freshman Nathan Chrismon, who scored a lot of touchdowns in jayvee football this season, was the leadoff man for the champs. His future position is probably shortstop, but he also played left field and center field for the Panthers and did some pitching.

“Nathan is versatile and he has great speed,” Clemons said. “He’s a plus-plus runner, definitely the fastest guy on our team. If an infielder has to move two steps to field a groundball, he’s going to be safe at first.”

Chrismon, who made the all-tournament team in the Perfect Game Freshman World Championships, also is advanced as far as being a student of the game.

“When he leads off an inning, and the count is 3-and-1, I don’t have to flash him a take sign, he knows what his job is as a leadoff man,” Clemons said. “He also understands that when he’s got that 3-and-1 count with people on base, we want him to drive that run in, and a lot of times he did. He’s a really good player. We’re swinging wood bats against elite pitchers, so every run was important. He was great at getting on base, setting the table and scoring runs for us. Defensively, you can put him anywhere on the field without missing a beat. Like Padgett, he’s going to make baseball in Rowan County a lot of fun in the next four  years.”

Chrismon turned in a phenomenal year for the Panthers, batting .330 and walking 51 times to boost his on-base percentage to .606. He scored 67 runs and stole 44 bases.

During the tournament season, the Panthers competed against teams that had talented high school sophomores as well as freshmen. Clemons was confident that the experience of playing against older, more physical players would pay off in the World Championships when rosters were limited exclusively to freshmen.

“I went down there confident we could win it, and we played faster than most of our opponents,” Clemons said. “We talked a lot about playing clean on defense, and we only made two errors in seven tournament games and we didn’t walk people. Errors and walks are what get you beat in wood bat tournaments because it’s so hard to string together multiple hits.”

The Panthers, who have produced 57 draft picks and eight MLB players, including Whit Merrifield and Alex Wood,  had a first-round bye.

Padgett started on the mound in the second game. He threw two breezy, scoreless innings, but with a 3-0 lead and with an eye on keeping Padgett’s arm fresh for later in the tournament, Clemons took him out.

The Panthers had to make comebacks in the quarterfinals and semifinals.

Padgett made a stellar relief appearance before getting the call to start in the championship game against Five Star National Black, a  Georgia-based aggregation, but with stud players from multiple states.

The Panthers scored six runs in the first inning of the title game, and Padgett hurled shutout ball into the seventh inning in a 6-0 victory. He was never in trouble until the fifth when Five Star put the first two hitters on base, but he got out of the jam.

Padgett pitched 12 1/3 innings in his three tournament outings and struck out 11, while allowing no runs.  In that championship game against some of the nation’s top young hitters, he had eight strikeouts and no walks.

“We believe he can sling it with anyone,” Clemons said.