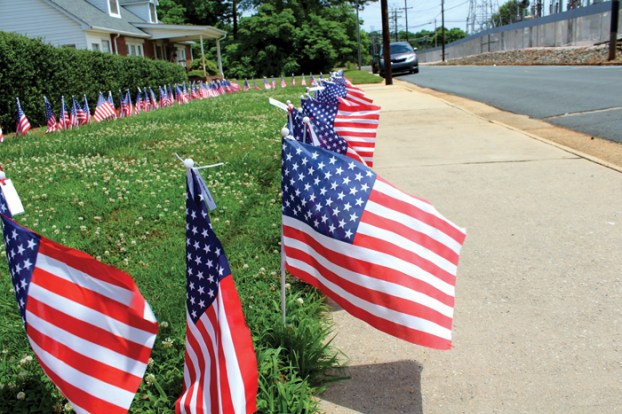 Other Voices: Citizenship not up to Trump

President Trump’s assertion on Tuesday that he could end birthright citizenship via an executive order likely is another attempt to stir up immigration as a campaign issue ahead of next week’s midterm election.

It’s a bad and almost certainly unconstitutional idea, and had the matter stopped there, it would hardly merit serious discussion.

Then, a few hours later in a series of tweets, Sen. Lindsey Graham, R-S.C., said he would introduce legislation “along the same lines” as Mr. Trump’s proposed executive order. It’s not the first time Mr. Graham, long an advocate of immigration reform, has suggested such a change. Now has a president open to the idea.

Executive orders have been used inappropriately in the past to implement sweeping changes in immigration policy, and presidents from both parties have used the tactic in other sometimes dubious ways. But birthright citizenship comes straight out of the Constitution, and allowing the president to alter that document unilaterally would be a serious assault on democracy.

There’s some room for debate about whether that applies to people living illegally in the United States. But presuming that the rest of the Constitution applies to all people on U.S. soil — legally present or not, citizen or foreigner — it’s clear enough that birthright citizenship would as well.

Mr. Graham is on firmer legal ground than Mr. Trump by calling for legislation, presumably to amend the Constitution. But unless Republicans pick up significantly larger majorities in both the House and Senate next Tuesday, getting two-thirds of both chambers to vote for an end to birthright citizenship seems unlikely.

That’s probably for the best. On the whole, birthright citizenship is a boon for the United States rather than a burden. We need young Americans to grow up into our future leaders, to drive economic growth, to invent and create and innovate.

It’s perfectly reasonable to be wary of pregnant women traveling to the United States just to have a baby here, but there are less draconian ways to prevent that, like tightening border security.

It’s also true that illegal immigrants commonly have children who are granted U.S. citizenship. Over the past several years, anywhere between 5 and 10 percent of all births in the United States have been to undocumented parents, according to the Pew Research Center.

But denying citizenship to those children probably wouldn’t encourage their parents to leave. Instead, it would create a permanent underclass of effectively nation-less people who grow up in the United States but face higher barriers to living a productive, prosperous life — all through no fault of their own.

Generally, the goal of immigration reform is to bring illegal immigrants out of the shadows and put them on a path toward legality, not to drive them further underground.

Illegal immigrant families do impose costs on taxpayers, particularly when their kids are citizens who are eligible for a broader range of social and safety net programs. But they also put billions of dollars into the economy each year, providing a significant net benefit by most measures.

Sen. Graham and President Trump are right that the United States desperately needs to reform its immigration laws and border security policies to protect national security and a lawful society. There is no question about that. But undoing birthright citizenship could actually undermine those efforts.

Besides, most meaningful immigration reforms wouldn’t require changing the Constitution. We’d be much better off starting with those.

By Renee Bradshaw Special to the Salisbury Post How many times in the past four months have you seen #metoo?... read more