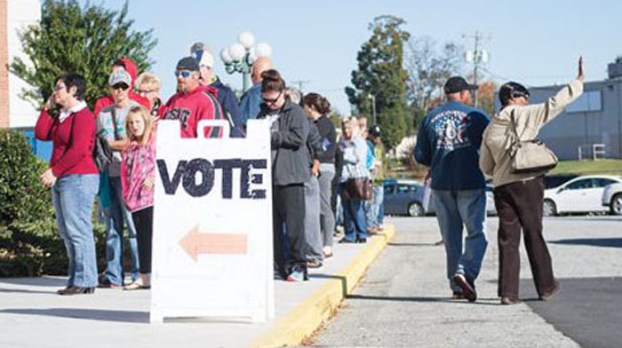 For many years, prior to passage of the Affordable Care Act, I was uninsured due to pre-existing conditions and unable to afford the comprehensive health care I needed. As a result, I experienced a disabling stroke in my early 50s. It would be an understatement to say I know how important the Affordable Care Act (ACA) is, especially the protections for persons with pre-existing health conditions.

Ted Budd has voted, in lock-step with the GOP, to kill the ACA and to remove pre-existing condition protections from any surviving health-care legislation. This is one of the most important reasons I strongly support Kathy Manning for U.S. Congress.

Ted Budd was proudly complicit, again in lock-step with his GOP associates, with the catastrophic tax reform plan more accurately known as a “giveaway to corporations and the wealthiest Americans,” which helped drive the national debt to a record high. Based on his past performance in Congress, there is every reason to believe he will go along with the stated GOP plan to steal from Social Security, Medicare and Medicaid to offset the fiscal damage from that “tax reform.”

This is another reason I feel strongly that we must send Kathy Manning to Congress and let Ted Budd return home before more damage is done. Just as our country can ill afford more unhealthy, uninsured Americans, it cannot afford to drive thousands more retired persons into poverty while depriving them of necessary health care.

Kathy Manning knows and respects that Social Security and Medicare are programs we working Americans have paid into with every paycheck, and for many retirees and disabled persons, such as me, they are all we’ve got. Congress has no right to divert those funds.

Just before my 17th birthday, I was diagnosed with a pituitary tumor. I underwent surgery and radiation, rely on multiple... read more