Kannapolis breaks ground on future home of the Intimidators 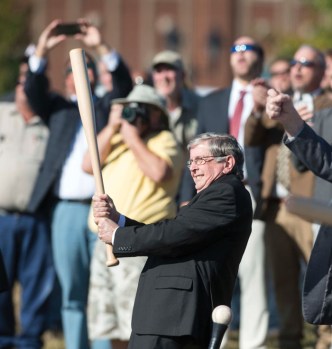 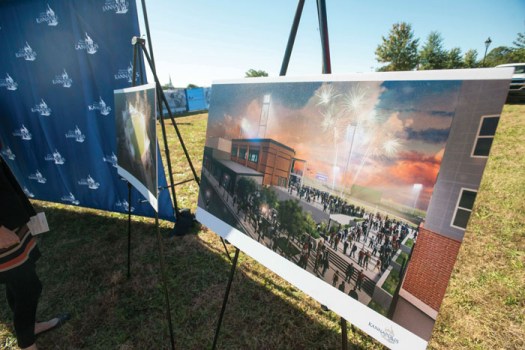 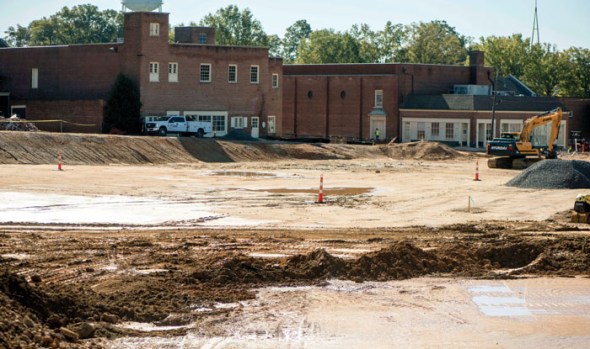 KANNAPOLIS — Kannapolis Mayor Darrell Hinnant felt the influence of Albert Einstein on Tuesday morning during a groundbreaking for a project the city hopes will transform downtown.

The physicist was “smart enough to realize that very few things were not integrally connected to something else,” he said.

That concept, said Hinnant, can be seen in the upcoming sports and entertainment venue.

“This is not just a baseball field,” he said. “It’s something that is part of a bigger piece that all of us have come to know. … It is a catalyst to make things move and to get things happening faster. It is one of those things like nuclei that attract electrons.”

Hinnant, other city officials and project partners all spoke of the new venue’s importance to downtown revitalization. The stadium will be the new home of the city’s Minor League Baseball team, the Kannapolis Intimidators.

“Today, we’re not just celebrating the construction of a state-of-the-art sports and entertainment complex,” said Cabarrus County Commission Chairman Steve Morris. “This complex will be a catalyst for smart, sustained growth.”

“Today’s groundbreaking is the start of an exciting journey toward a revitalized Kannapolis with a thriving sports and entertainment venue,” said Andy Sandler, chairman of Temerity Capital Partners, the owner of the Kannapolis Intimidators.  “Temerity Baseball looks forward to partnering with the Kannapolis community on this endeavor.”

Legg said the new facility will feature three times the number of places to purchase concessions and 10 seating options as opposed to three at the Intimidators’ current stadium.

These include luxury suites, a party deck, berm seating, premium dugout box seats, a picnic terrace, an outfield bar, and right field boxes, for a seating capacity of 4,930, with 3,218 of those being fixed seats.

But the highlight for Legg and others is the facility’s future as a community resource, open year round for residents to walk the concourse, rent premium club space, enjoy its enclosed park and more.

“(Einstein) always said imagination is everything,” Hinnant said. “It is the preview of life’s coming attractions. That’s what we’re talking about here today. We’re talking about a preview of life’s coming attractions. It is that imagination that this community has wondered and dreamed about that is about to occur as we begin to hit the first balls out into the field.”

The batting was followed by fireworks, confetti, music by the A.L. Brown High School marching band, and the chance for residents to hit balls onto the chalked outline of the baseball field.

Construction will be completed by April 2020 in time for the start of that year’s baseball season. For more information on the venue and the Downtown Revitalization Project, visit www.kannapolisnc.gov/revitalization.