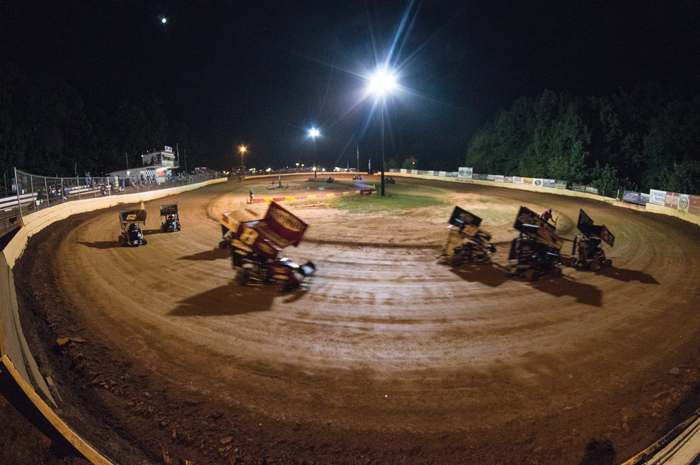 SALISBURY — Keith Kunz Motorsports and Millbridge Speedway will be giving one aspiring race car driver the chance of a lifetime.

The KKM Give Back Classic concludes tonight, providing Outlaw Kart racers with an opportunity to win a free ride for the prestigious 33rd annual Chili Bowl Nationals in Tulsa, Okla., in 2019.

Racing starts at 6:30 tonight. Admission in $15 for adults and $10 for children, 7-12 years old There is free admission for kids 6 and under. Millbridge Speedway in located in Salisbury, at 6670 Mooresville Road.

“We are really excited to be teamed up with Keith Kunz Motorsports to be able to potentially further someone’s career by giving them a once in a lifetime shot at driving a top-notch car at the next level,” said Millbridge Speedway owner Jeremy Burnett.

“We want to give back to the Outlaw Kart racers; it’s been a great training ground for those guys,” said Kunz, who owns the team that has won the last four Chili Bowl races.  “It’s their dream to be able to run a Midget sometime, so we came up with an idea that we’re going to have a race.  The winner of the race, if they’re 16 at the beginning of the Chili Bowl (Jan. 14, 2019), will get a ride for the Chili Bowl.  If they’re not, they’ll get a race somewhere else (with KKM).  It’s a chance for us to give back to the Outlaw Kart guys. It’s a race where you come run it, and if you win it, you’re in.”

KKM and Millbridge Speedway will be accepted entries from drivers all over North America.  The goal is to provide a unique opportunity to a driver who might otherwise not have the funding to compete in a Dirt Midget event. Drivers with experience in NASCAR’s national series, Dirt Midgets or Sprint Cars will not be eligible to win the free ride.

“We want kids from all over the United States to come run this,” Kunz stated.  “For somebody who doesn’t have a Chili Bowl ride and isn’t a regular Sprint Car driver or Midget driver, this is truly for somebody who has a dream of getting in a Midget to go race.  We don’t want these other guys coming in that already have a ride, there’s no use for that.  We’re going to take the applications, look through them and select a lot of drivers.  It’s open to everybody, but it’s more for the drivers that haven’t driven anything.”

Since becoming a team owner, Kunz has built an empire within the Dirt Midget ranks.  For many of his drivers, the Outlaw Kart ranks provided them with an opportunity to hone their skills before moving up to the next level.

“Since the beginning, since we ended up with Kyle Larson, Rico (Abreu) and now Logan Seavey, it’s just been a great training ground,” Kunz began.  “It teaches these guys momentum; momentum is a big part of Midget racing because of the low horsepower and it’s all about corner speed.  They really learn a lot of good driving skills in Outlaw Karts.  They’ve just been our go-to guys and this is a chance for somebody who doesn’t have the funding to go racing in a Midget.”