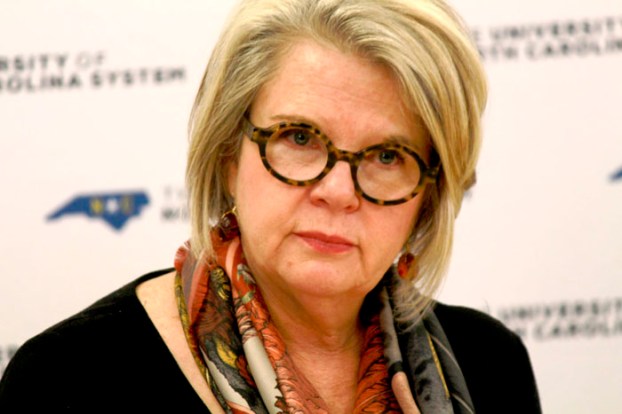 The following is the opinion of Capitol Broadcasting Company

If the University of North Carolina System general administration were reality television – which these days isn’t much of a stretch – this is the scene that would have unfolded last Friday:

Host UNC President Margaret Spellings would be looking down at contestants Board Chairman Harry Smith and his fellow board members, and definitively pronounce:

“You’re fired.” She’d arise from her host’s podium and walk off the set.

Scrape away the ritual niceties – and the truth emerges. Spellings is resigning two years before the end of her contract because she is working for a dysfunctional board that has little or no concept of governing a major public university system.

It is a board largely populated by former legislators, political operatives, lobbyists and major political campaign contributors whose greatest qualification was their fealty to Senate Leader Phil Berger and House Speaker Tim Moore.

The ineptitude, dysfunction and micromanaging Spellings has suffered has been remarkable:

The $2.5 billion it takes to support the 17-campus UNC system accounts for 12 percent of the state budget. It is critically important that it be run in ways that provide education excellence for all students; academic rigor and important opportunities for groundbreaking research by the faculty and – a critical hallmark of North Carolina’s universities – service that reaches every corner of the state.

But what Spellings’ decision to fire the board and return to Texas reveals is that this board is a political playground of puppets dangling on strings pulled by the ultra-partisan leaders of the General Assembly. The governor has no appointments to the board.

To change the direction of the UNC board, the legislature needs to change first. Vote for candidates who support educational excellence and a higher education system that prioritizes education, research and service over ideological indoctrination and political payoffs.

See you at the polls.

Byron York: A day of reckoning for Avenatti