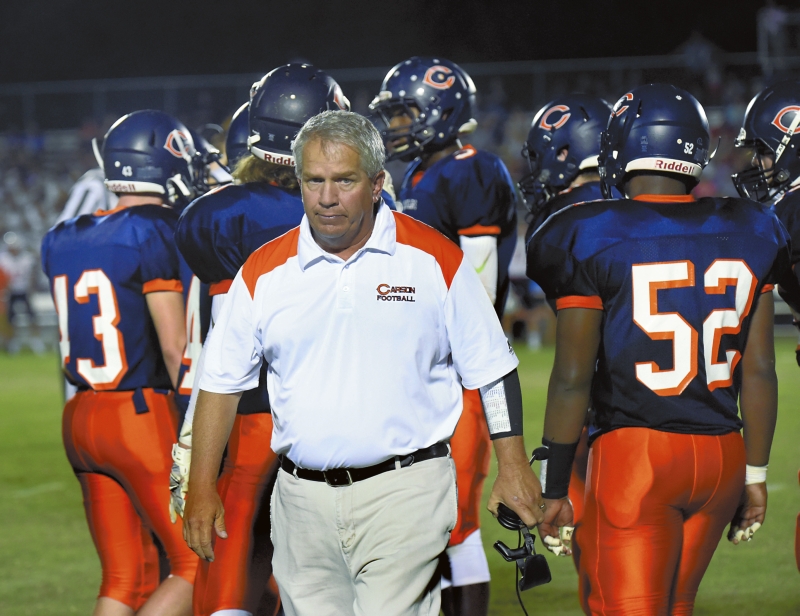 In my career coaching football, I have enjoyed some spectacular nights, and there have been nights that were pretty humbling, to say the least. I have worked with a lot of great coaches and coached against some really great ones also. The talent level of the athletes I have coached may have changed throughout the years, but the heart of competition has been ever-present. It is every coach’s dream to help their team win championships, but in reality, there is a lot more than that accomplished in each and every season.

After much deliberation since Thursday of last week, our family has come to the decision for me to take a leave of absence due to personal reasons. This ranks up there as one of the toughest decisions that I have made in my life. There has been a lot of talk for several years of my retirement and when would that happen. We decided before the season began that this could be the year. So, as the leave of absence ends, we will make the transition into retirement. We had every intention of completing this season, but the leave of absence is needed for personal reasons that need immediate attention.

Head coach at Carson the past six seasons, he coached 28 more wins to move into the top five in Rowan County history.

A story on his coaching career is upcoming.