Some fun and some scares for the season 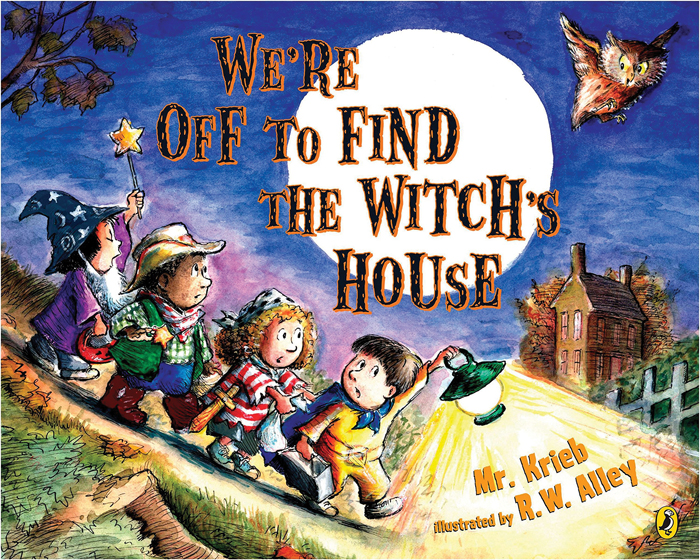 Now that the nights are dark and cold, you might want to read something equally chilling. Halloween is one reason to dip into the dark side, but sometimes a scary read is an exciting way to spend an evening.

Here are some suggestions, from adult scares to children’s not-so-scary books:

• “The Dark Dark,” by Samantha Hunt. A collection of short stories that blends the literary and the fantastic and brings us characters on the verge — girls turning into women, women turning into deer, people doubling or becoming ghosts and more.

• “The Boy Who Drew Monsters,” by Keith Donohue. A hypnotic literary horror novel about a young boy trapped inside his own world, whose drawings blur the lines between fantasy and reality.

• “The Haunting of Hill House,” by Shirley Jackson. Jackson is an American literary master, whose stories point to horror found in everyday society, from subtle cruelty to violence cloaked in tradition, and interwoven throughout is the struggle to keep sane. This book is the quintessential narrative, but really, it’s about Eleanor, and how evil feeds off the vulnerable. The new Netflix series inspired by Jackson’s classic releases this month.

• “The Picture of Dorian Gray,” by Oscar Wilde is a classic. Wilde’s story of a fashionable young man who sells his soul for eternal youth and beauty is the author’s most popular work. The tale of Dorian Gray’s moral disintegration caused a scandal when it ﬁrst appeared in 1890, but though Wilde was attacked for the novel’s corrupting inﬂuence, he responded that there is, in fact, “a terrible moral in ‘Dorian Gray’.”

• “The Turn of the Screw” by Henry James. A very young woman’s first job: governess for two weirdly beautiful, strangely distant, oddly silent children, Miles and Flora, at a forlorn estate. … An estate haunted by a beckoning evil.

• “The Golem,” by Gustv Meyrink, translated by Mike Mitchell. Written in 1913-14 as a serial, this is a haunting Gothic tale of stolen identity and persecution, set in a strange underworld peopled by fantastical characters. The red-headed prostitute Rosina; the junk-dealer Aaron Wassertrum; puppeteers; street musicians; and a deaf-mute silhouette artist. Do not confuse this with the character Gollum from J.R.R. Tolkien’s books.

• Any Edgar Allan Poe, especially “The Tell-Tale Heart,” “The Pit and the Pendulum,” “The Masque of the Red Death,” “The Fall of the House of Usher.”

• “Something Wicked This Way Comes,” by Ray Bradbury. A carnival rolls in sometime after the midnight hour on a chill Midwestern October eve, ushering in Halloween a week before its time. A calliope’s shrill siren song beckons to all with a seductive promise of dreams and youth regained. Two 13-year-old boys discover the nightmare of wishes come true.

• “How to Scare a Ghost,” by Jean Reagan, illustrated by Lee Wildish (ages 4-8). In this installment of the How to… series, two kids explain how to attract, scare and play with a ghost for some extra Halloween fun. Kids will delight in seeing a ghost (dressed as a robot) who goes door to door for treats.

• “We’re Off to Find the Witch’s House,” by Mr. Kreib, illustrated by R.W. Alley. It’s Halloween night, and as the moon rises, four children set off to find the witch’s house. On their way they encounter a host of silly, spooky characters, from a skittle-skattling skeleton to a shirking, lurking Dracula. Can they make it all the way to the witch’s house? Or will their fears get the best of them? This humorous take on a favorite holiday begs to be read aloud again and again.

• “Pumpkin Cat,” written and illustrated by Anne Mortimer. Through the seasons, Cat and Mouse work together in the garden. Together, they watch seeds that turn into plants in the spring, and plants that turn into flowers in the summer, and flowers that turn into pumpkins in the fall. And when their pumpkins are finally ready, Mouse gives the best surprise of all to his friend, Cat. Mortimer’s charming story about friendship and discovery is perfect for any season.

• “Monstrous Devices,” by Damien Love (ages 8-12). In this atmospheric, spooky fantasy story, 12-year-old robot-enthusiast Alex is given an antique robot by his grandfather with a simple note: “This one is special.” With that gift, an unexpected chain of events is set in motion and Alex finds himself on an action-packed adventure across Europe with his grandfather, dodging dangerous characters and dabbling in powerful magic.

• “The Halloween Tree,” by Ray Bradbury, illustrated by Jospeh Mignaini (ages 8-12). One of the few children’s books written by Ray Bradbury, this tells the stories of eight young boys who venture out trick-or-treating, but soon find themselves confronted by the foreboding Mr. Moundshroud, who, through his evil machinations, introduces the children to Halloween traditions from around the world.