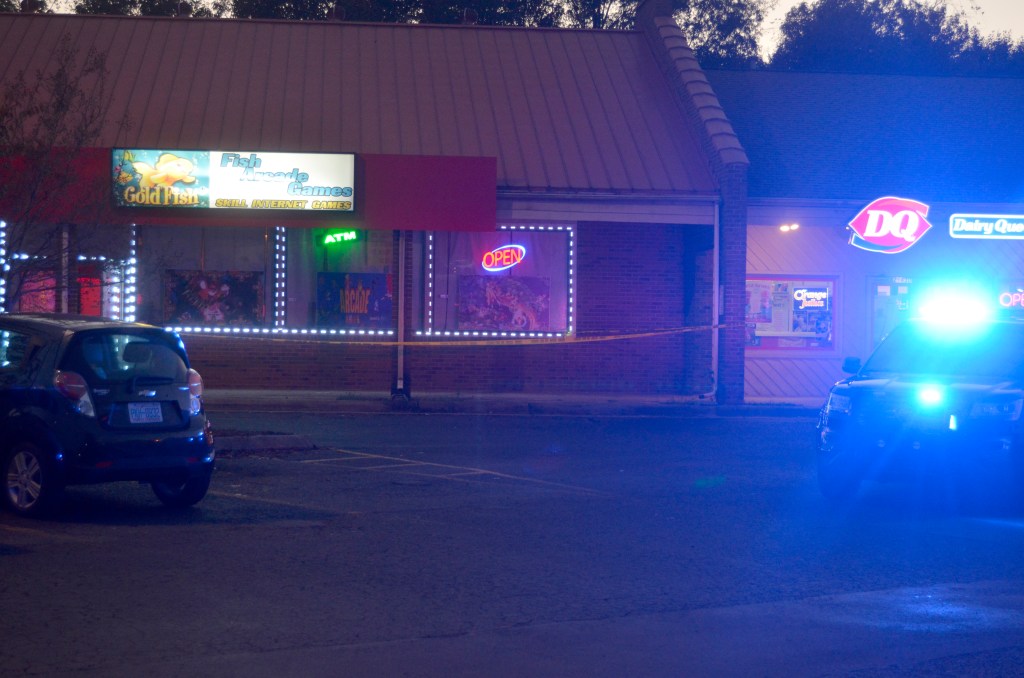 SALISBURY — Salisbury Police are looking for armed robbery suspects tonight after a robbery at the Fish Arcade Games. The robbery occurred shortly 6 p.m. at the arcade business, which is located at 2143 Statesville Blvd. No injuries were reported. The business, located between Little Caesars Pizza and Dairy Queen, operates games of skill. No other details were immediately available.

In April of this year, police responded to the Fish Hut Arcade, located across the street, at 2164 Statesville Blvd., where two men forced their way into the business armed with guns and stole a money bag from the office. One of the men put a gun against the back of an employee’s head. There were customers in the business at the time. Neither the employee nor customers were injured in that incident.

In August, a Little Caesars Pizza manager was cut on the arm when he was robbed while opening the restaurant. He was approached by a man who showed a knife, forced the manager into the restaurant and demanded access to money. The suspect in that incident left on foot.

In this latest robbery several police cars flooded the parking lot at the business and began interviewing witnesses and collecting evidence.

Anyone with information about the latest Fish Arcade robbery is asked to contact the Salisbury Police Department at 704-638-5333 or Salisbury-Rowan CrimeStoppers at 866-639-5245.

Tips can be submitted online at http://tips.salisburyrowancrimestoppers.org/ anonymously, via Facebook.com/SalisburyPoliceDepartment  or via the Nixle app by texting 888777 with the words TIP MYSALISBURY along with your information.