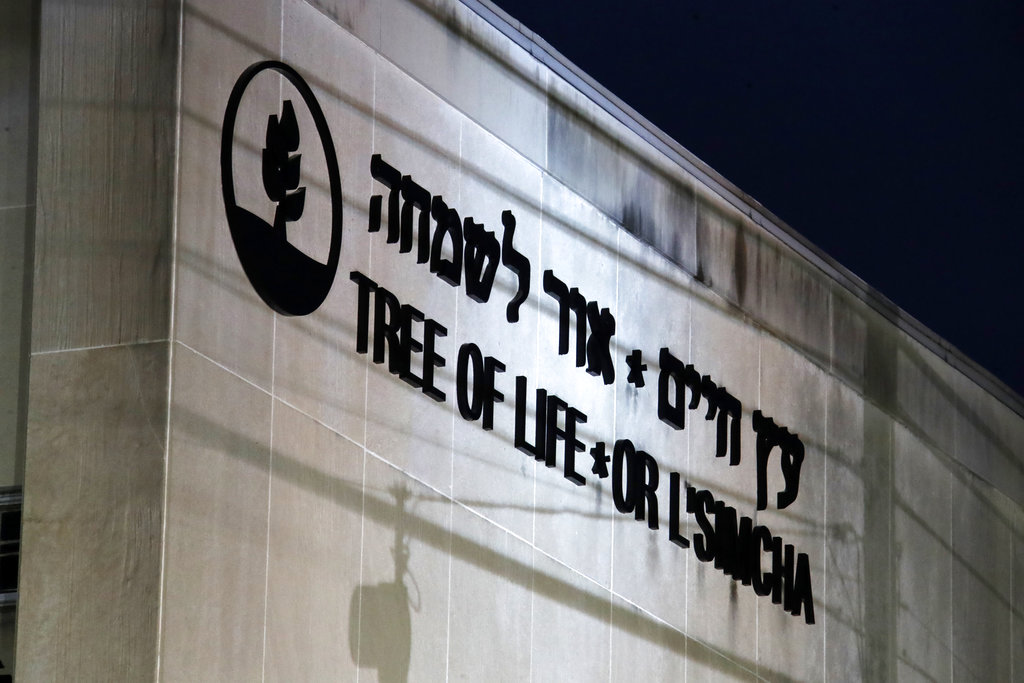 After the arrest of a Florida man for sending homemade bombs to former President Barack Obama, former Secretary of State Hillary Clinton and other Democratic leaders, many on the left – and not a few allegedly neutral reporters and pundits – predictably attempted to assign blame for his deranged and dangerous acts to President Donald Trump. They pointed to “lock her up” chants at Trump’s noisy rallies, to the “fake news” charges and to a long list of Trump lines that left-wing activists and some mainstream media voices have categorized as beneath the dignity of the president.

The truth is the spectrum of violent behavior runs from the far-left extreme of the Bernie Sanders-supporting shooter at an Alexandria baseball field to this week’s mailing of pipe bombs to prominent Democrats to Saturday’s stomach-turning massacre at a Pittsburgh synagogue by a Trump-hating neo-Nazi, which made an already awful week even worse. That is the whole range of criminality at the fringes of American politics, a left-right full spectrum of angry, hate-filled obsessives. The threatening envelopes sent to both Sen. Susan Collins, R-Maine, and Vanessa Trump, like those received by members of the media and no doubt by elected officials on the left, means crazy figures on the fringes of the far left and far right are a permanent part of the political terrain.

We are now arguing over what is properly considered “incitement” to violent action of all segments of that fringe. Consider the moron who accosted Senate Majority Leader Mitch McConnell, R-Ky., and Labor Secretary Elaine Chao in a Louisville restaurant, or the mobs that chased Sen. Ted Cruz, R-Texas, and his wife or Homeland Security Secretary Kirstjen Nielsen or Stephen Miller from their eateries: Who is responsible for inciting that behavior? For the physical attacks on two GOP candidates in Minnesota? For the Portland Antifa gang harassing motorists and a woman in a wheelchair? The reasonable apprehension of physical violence is assault, not free speech. Who is responsible for the assaults and the far worse violence of the bombs and the shootings?

Is it Rep. Maxine Waters, D-Calif., who explicitly called for confronting Trump officials in public places? Former Attorney General Eric Holder Jr., who urged that when Republicans “go low, we kick them”? Hillary Clinton, who questioned the very idea of civility towards the GOP? Sanders and his “fight back” campaign and the rhetoric of class warfare that is a fixture of his rallies?

The answer is none of them. “Incitement” is a concept dangerous to free speech, and the Supreme Court has limited it as a result to only those individuals who urge immediate violence and who possess the intention and ability to trigger that violence. Responsibility for criminal acts lies with criminals, not convenient political targets.

An early effort to link political violence to a political figure unrelated to it was President Bill Clinton’s assigning blame for the Oklahoma City bombing to Rush Limbaugh and talk radio. “We hear so many loud and angry voices in America today whose sole goal seems to be to try to keep some people as paranoid as possible and the rest of us all torn up and upset with each other,” Clinton claimed. “They spread hate. They leave the impression that, by their very words, that violence is acceptable.” This speech set off endless rounds of seeking-to-assign-blame for violence and threats of violence to disfavored political speech. It was a low stunt by Clinton, a smear of people with whom he disagreed, but the tactic has lived on.

The truth of course is that of the nearly 63 million Americans who voted for Donald Trump, just like the millions of voters for Hillary Clinton, Sanders, Obama and George W. Bush, there is an almost infinitesimally small cross-over between the loud and very demonstrative and the violent on both the left and the right. There is a vast chasm between the menacing and the enthusiastic. Chants are not chases; hurled insults are not hurled rocks. Obscuring the difference is a ham-handed attempt at silencing opposition.

Opprobrium for those who menace is appropriate. Prison for those who injure or worse is needed. Prosecution of everyone who threatens domestic political activity’s ordinary course is right and just.

But if we go down the road of assigning blame for violence to political figures, that trail travels in both directions and public figures left, right and center will never be certain which words they use will set off which single one of their millions of followers to violence. One standard: Don’t blame political figures for violence they don’t specifically encourage and intend, and don’t confuse rally rhetoric with criminal behavior because you do don’t like the speaker or the message. Prosecute criminals, not speech.

Hewitt, a Post contributing columnist, hosts a nationally syndicated radio show and is a professor of law at Chapman University’s Fowler School of Law.