Elizabeth Cook: Year of the woman? That was ages ago 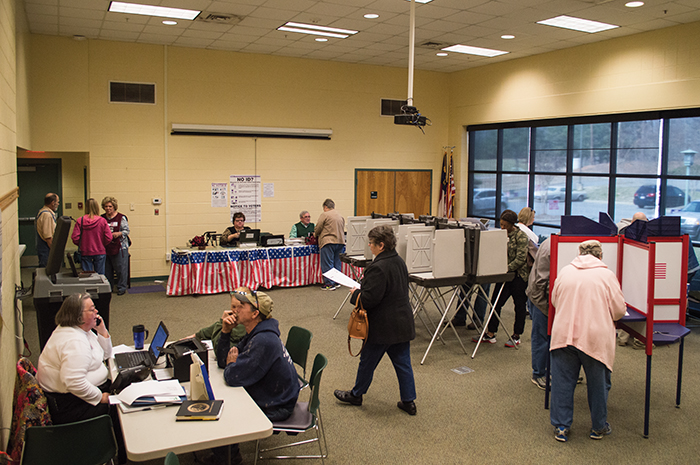 Sarah Campbell Hardin, a former Salisbury Post reporter, posted the above quote from suffragist Susan B. Anthony on her Facebook page recently, along with an insight of her own.

“I treasure my right to vote,” Sarah’s post says. “Every time I cast a ballot, my thoughts drift to the suffragists who fought for my right to do so. They were beaten and imprisoned in this decades-long fight to win the vote for women. Let us not take it for granted.

“View a sample ballot and do your research: https://www.ncsbe.gov/index.html ”

This is supposed to be the Year of the Woman, a phenomenon that’s declared every few years. In 1992, in the wake of the Clarence Thomas-Anita Hill hearings, women increased their representation in Congress. In 2016, Hillary Clinton broke the glass ceiling to the presidential nomination. And in 2018, more women are running for office than perhaps ever before.

The real Year of the Woman in U.S. politics was 1920. That’s when Congress ratified the 19th Amendment granting — “granting,” mind you — women the right to vote.

It took a few decades for women to fully embrace their new right; they were probably too busy cleaning house, caring for children and cooking three meals a day from scratch.

But by the 1980s, the situation flipped. Women started voting more than men. That is, the proportion of women voting was greater than the proportion of men. We’ve outvoted men in every presidential election since.

Seeking public office was a natural progression from there — but not rapid.

Recently her name went up on signs marking I-40 from the Yadkin River to Redland Road — “Sen. Betsy L. Cochrane Highway.”

Cochrane had been an educator, and she took her teacher’s intelligence, precision and poise to the legislature with her.

“She was a well educated, well spoken defender of what was right. And she didn’t back down just because she was in the minority. Right is right and it deserves to be defended.”

At the ceremonial unveiling of the sign, Cochrane declined to take credit. She urged everyone to look at the signs as if they had earned the honor, because she wouldn’t have made it to Raleigh without the people of her district.

And she sounded a note that should trouble us all:

“In this day and time, there is nothing about politics that will attract the level of people we need,” Cochrane said.

Democrats have their female trailblazers, too. When the late Jamima DeMarcus was on the China Grove Board of Aldermen, she did her homework, going to the meetings with prepared notes. DeMarcus went on to chair the Rowan County Democratic Party and then to serve on the county commission, the first woman to do so in Rowan.

Then there’s Bev Perdue, the state’s first and only female governor and, let’s hope, the only one to preside over the state in the depths of a terrible recession.

Purdue was also the only governor to give the I-85 bridge over the Yadkin River the high priority it deserved and find funding for it. Purdue’s name should be on that bridge, along with the honor to veterans already affixed there.

Still, most women in politics prefer not to run as “the female candidate,” as Julia Louis-Dreyfus’ character in HBO’ “Veep” once explained to an aide.

“No, no, no, I can’t identify as a woman! People can’t know that,” she said. “Men hate that. And women who hate women hate that, which, I believe, is most women.”

That’s funny, to a point, but it’s not true that most women hate women. Nor is it true that, as some men suspect, that a female candidate can count on every woman’s support. The right to vote is the right to think for yourself and have a voice.

Let’s end with another quote from Susan B. Anthony, one that speaks to great possibilities:

“The older I get, the greater power I seem to have to help the world. I am like a snowball — the further I am rolled the more I gain.”