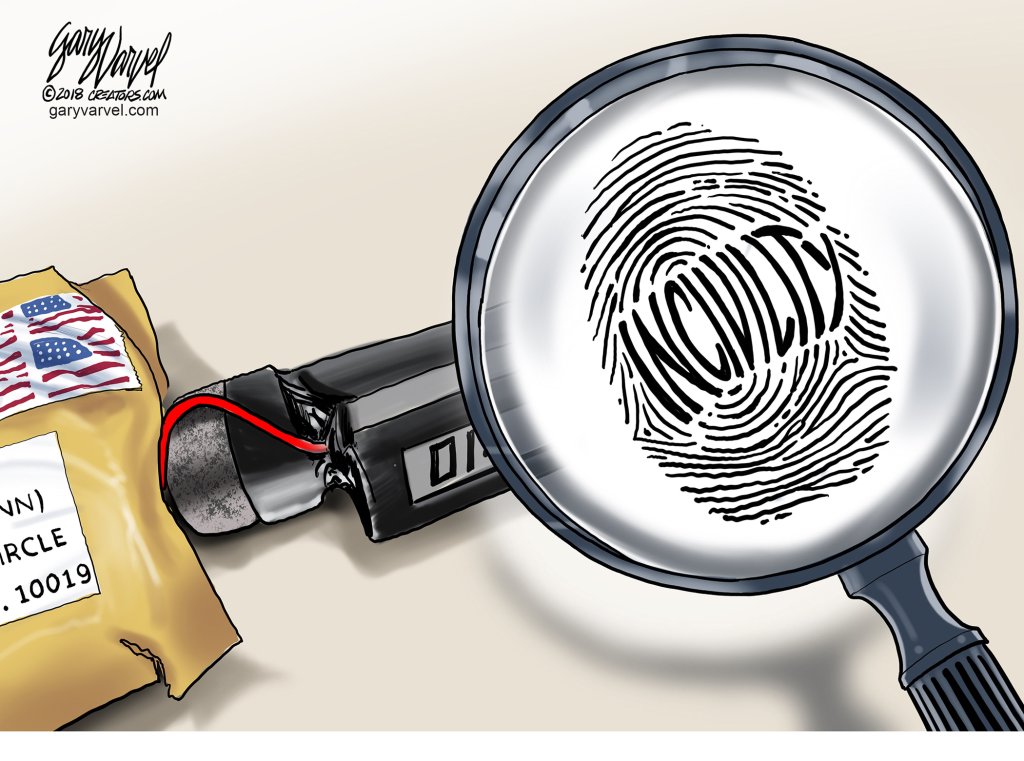 The Federal Bureau of Investigation brought a quick end to the terror a suspect spread last week by sending more than a dozen pipe bombs to prominent Democrats and to CNN.

Authorities on Friday arrested 56-year-old Cesar Sayoc and charged him with five felonies that could send him to prison for the rest of his life. Sayoc is innocent until proven guilty, but he is guaranteed 15 minutes of notoriety as a mentally imbalanced partisan who thought he could get away with sending bombs to people protected by the Secret Service. Photos of his van hint at his over-the-top passions. Its windows were plastered with photos of the president and vice president smiling and waving, and Hillary Clinton in a sniper’s crosshairs. Enough said.

At his arrest, Sayoc reportedly denied trying to hurt anyone and said the homemade bombs would not have exploded. The FBI says the bombs were not hoax devices.

Sayoc’s arrest disproves the ridiculous theory that the mail bombs were the work of Democrats, though rumors will persist. Contrition is not in the DNA of conspiracy theorists. Still, the drama of the past week should serve as a wakeup call to those who ratchet up political discourse with name-calling, hyper-partisanship and coarse language that encourage physical violence — “on both sides,” as President Trump once famously said.

The president is the commenter-in-chief, though, and he has an opportunity to set a more civil tone heading into the final days of a contentious midterm election cycle. The jury’s still out on whether he can do that while campaigning; restraint is not his style. Even as he spoke of unity last week, Trump seemed to mock his own words. “See how nice I’m behaving?” Meanwhile, he’ll keep vilifying the media.

The Sayoc story is not really about Trump, anyway. It’s about a misguided loner who took his hatred too far — and the FBI’s quick work in tracking him down. “We’re concerned about people committing acts of violence under any circumstances,” FBI Director Christopher Wray said at a Friday press conference.

The political angle is hard to ignore. Among the reporters’ many questions was this: “Can you tell us plainly, why was he targeting Democrats?”

Wray stepped aside to let Attorney General Jeff Sessions field that question.  “I don’t know, other than what you might normally expect,” Sessions said. “He appears to be a partisan. … I’m not going to comment on that.”

What we normally expect is for politicians to show good judgment and choose their words responsibly. Enough said.