David Shribman: Myths about midterms and this moment in history 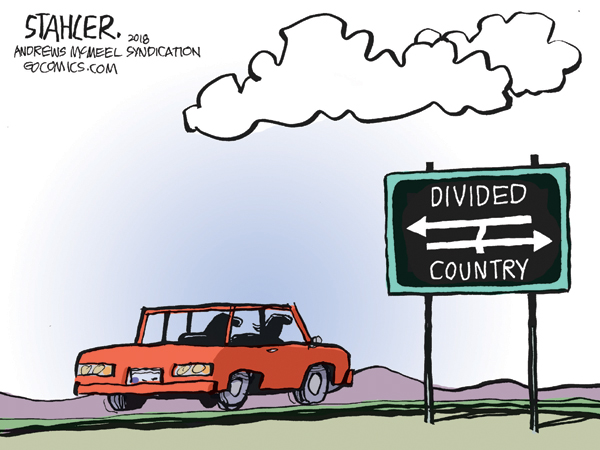 This may not be the election we think it is.

So here is a handy guide to the midterm myths that have taken flight this year. Beware the analysis that makes these points:

This is the most important set of midterm congressional elections of all time.

Not so. This is probably not even the most important set of midterm congressional elections of our time. That prize probably goes to 1970, when the issue was the Vietnam War and when Congress, controlled by Democrats, was inclined to limit funding for the hostilities in Southeast Asia. In 1970, actual lives — thousands of Americans’, many more in Vietnam — were at stake.

But clearly, the all-time most important set of congressional races were in 1918. The Republicans picked up six seats and took control of the Senate with a slim two-vote margin. This had enormous significance for the course of American and world history, for with that majority they had the power to deny Woodrow Wilson the Versailles peace treaty he helped negotiate at the end of World War I and to keep the United States out of the League of Nations.

The result was to launch a new period of relative American isolationism and to limit American influence in the 1920s, when forces were gathering that produced World War II.

The best analogue to the 2018 congressional elections may be the contest in 1946, the first after World War II, which gave the GOP a Senate majority, constraining Harry Truman’s flexibility. If the Democrats take the House, the effect on President Donald Trump will be similar.

The big issue is immigration.

Not so. Trump and others may be focused on the caravan of migrants, but that’s not the public’s preoccupation, at least beyond Texas, New Mexico, Arizona and California. The country’s concern this fall is clear. It’s health care.

Indeed, the latest Rasmussen Reports poll shows that seven out of eight likely voters consider health care at least somewhat important to their vote in the midterms — and more than half rate it “very important.”

A study by the Wesleyan Media Project found that nearly half the television advertisements by candidates for the House and Senate mentioned health care — and nearly a third of the gubernatorial ads did as well. This election cycle, Democrats are mentioning it nearly 55 percent of the time. But they are not alone. Republicans mention health care in about a third of their ads.

If the Democrats take control of one or both houses of Congress, a single-payer health insurance system is all but assured.

Not so. Any such bill surely would be vetoed by Trump. But that sort of legislation is not going to get to his desk.

Some Democrats, to be sure, are talking about a single-payer plan, or a Medicare-for-all scheme, but not all Democrats agree. In fact, the Progressive Policy Institute, a moderate Democratic group, issued a report last week that set out seven different alternatives to the current health care landscape. In other words, Democrats might back six plans other than single-payer, particularly since that Rasmussen poll shows that Americans, by a 2-to-1 margin, prefer free-market competition among health insurers to more government regulation as a way of restraining costs.

Republicans, buttressed by their business supporters, have a huge financial advantage.

Not so. It is true that the latest campaign-finance reports showed that Republican candidates and national committees have $52 million more than the Democrats on hand for the final days of the campaign. But a CNN study of 28 races regarded as toss-ups found that the advantage goes to the Democrats. These are the contests where money will make the most difference, and where the future composition of Congress will be determined. And in these races, the Democrats have more than three times as much money at their disposal.

If the Democrats take over the House, the president will be impeached.

Not so. Democratic leaders from Nancy Pelosi of California (the likely speaker in a Democratic House) to Jerrold Nadler of New York (the likely chairman of the Judiciary Committee, where impeachment proceedings begin) say they’re not focused on impeachment.

Moreover, Nadler, a shrewd Capitol Hill strategist, indicated that he will not countenance impeachment hearings if it is clear the Senate would not convict Trump. Since conviction requires a two-thirds vote — not once achieved to impeach a president in all of American history — there is no likelihood that Congress would remove Trump from office.

That does not mean, however, that the president has no worries about a Democratic House. If the Republicans lose control of the chamber, the Democrats will take control of all the House committees and, with the subpoena power that is the sum of all White House fears, could mount multiple investigations of the administration and the Trump campaign that could paralyze the president and distract him from his agenda.

No one really knows what will happen Election Day.

David M. Shribman is executive editor of the Post-Gazette (dshribman@post-gazette.com.