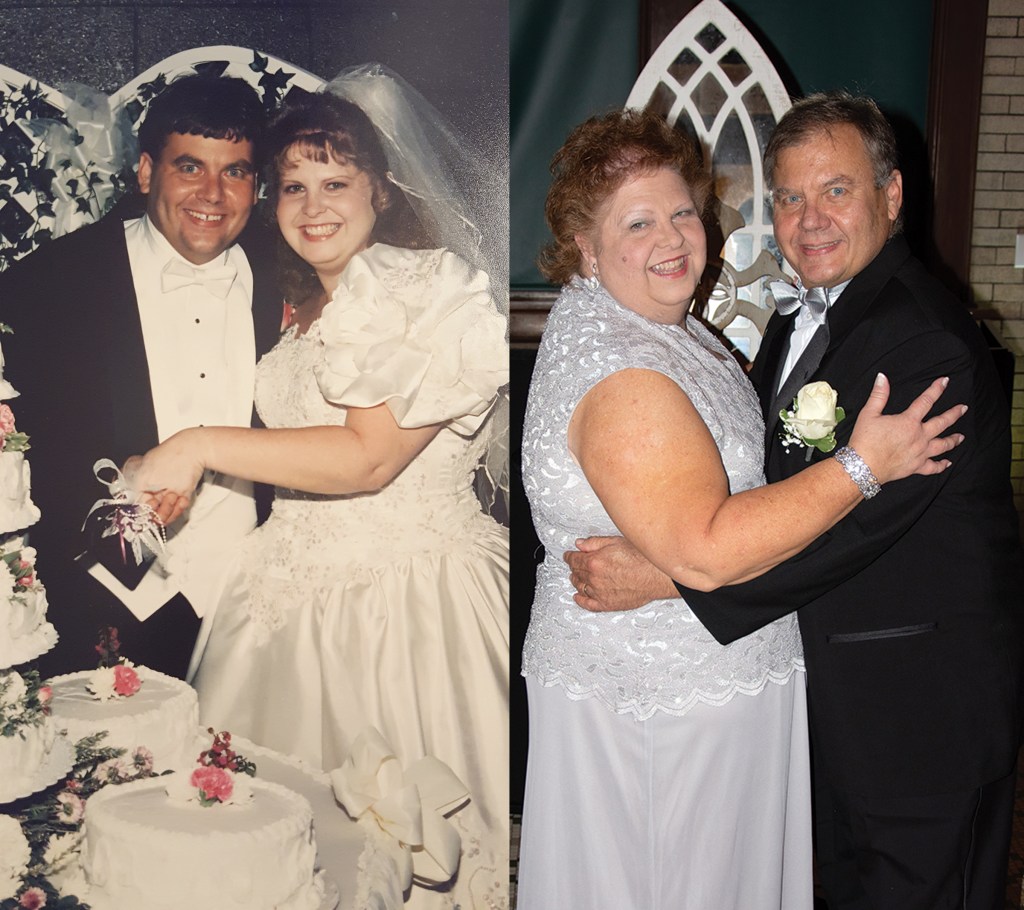 The Alligoods were united in marriage Sept. 3, 1993 at St. Paul’s Lutheran Church in Salisbury by the Rev. James Dougherty.

The daughter of the late George and the late Rose Lyerly of Salisbury, Cynthia graduated from East Rowan High School. She received her degree in pharmacy from the University of North Carolina at Chapel Hill where she was on the dean’s list. She is a clinical pharmacist at WG Hefner VA Medical Center and at Novant Health Rowan Medical Center.

The son of Jerry and Yvonne Alligood of Salisbury, Travis graduated from North Rowan High School. He earned his diploma in massage and bodywork at Blue Ridge Healing Arts Academy and has studied at Freedom from Pain Institute. He is the owner of Therapeutic Touch LLC Massage and Bodywork. He practices at the JF Hurley YMCA and Salisbury Therapeutic Massage.

The couple have multiple children with four legs and fur. Travis and Cynthia have an anniversary trip planned for this winter.