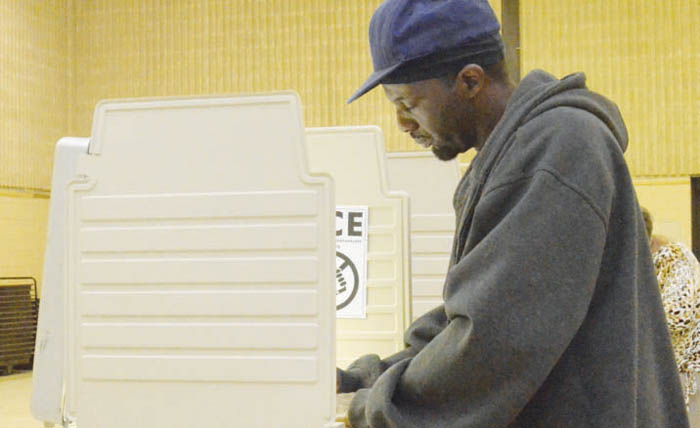 Despite the slow turnout, voter turnout totals to date have already surpassed turnout for the entire primary election. Some 12.8 percent of registered voters have cast their votes in the eight days of early voting, compared to the collective 11.26 percent cast this spring.

Rowan remains in line with statewide totals, which — despite races drawing national attention — continue to trail turnout for the last midterm election in 2014.

If current trends continue, the most dramatic shifts could be seen in percentages of partisan voters this year.

Their gain comes at the expense of Democrats, dropping to just 26 percent of the turnout from a 2014 high of 35. Unaffiliated voters make up 25 percent of the voting pool, on the rise from 2014’s 21.

Discrepancies in turnout have been attributed to an absence of statewide candidacies on the ballot: races for governor or U.S. senators, for examples.

Others have attributed a smaller turnout to Rowan’s sparse three sites for voting. In 2014, voters could cast ballots at the Rowan Public Library’s Salisbury Headquarters, the library’s South Branch in China Grove, the Rockwell American Legion Building, the Spencer Municipal Building and Cleveland Town Hall. Each site offered its own dates and times for voting.

This year, voting is available at the Board of Elections office (1935 Jake Alexander Blvd. W. in Salisbury), Rockwell American Legion Building (8580 U.S. 52) and the Rowan Public Library South Branch (920 Kimball Road) only. Dates and hours for voting are uniform throughout the sites, running Monday through Friday through Nov. 2 from 7 a.m. to 7 p.m.

All sites will open for a special Saturday polling period from 8 a.m. to 1 p.m. Nov. 3.

To see a sample ballot and find your polling place, go to https://vt.ncsbe.gov/RegLkup/ and fill out the online form.