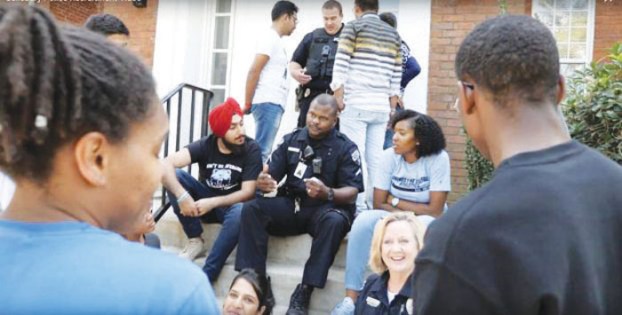 SALISBURY — The Salisbury Police Department has been honored for a recruitment video it produced featuring police officers, community partners and city residents.

The Video Queen City PR Crown Award is sponsored by the Charlotte Chapter of th ePublic Relations Society of America.

“We are proud to have been recognized by PRSA Charlotte for the collaborative efforts of the SPD and the city’s communications team,” said Police Chief Jerry Stokes. “The police recruitment video showcases a strong representation of the department and job duties of its officers.”

The Crown Award was presented during the 2018 Queen City PR Awards Luncheon held Wednesday at Byron’s South End in Charlotte.

“This award recognizes our ability to deliver high-quality services that portray our city as a leader in innovative and engaging content to recruit diverse, qualified officers,” Stokes said.

The department unveiled the video in late 2017. It was created with the help of community partners including Livingstone College, city residents and city staff members, as well as local videographer Joe Girdler.

The project took two months to finish from the planning process to shooting and editing the nearly four-minute video.

The video begins with an aerial view of the police station from a drone. About 21 police officers are shown in the video, including members of the honor guard and special response team. Chief Stokes also is featured.

To view the video, visit the Salisbury Police Department’s recruitment page at http://salisburync.gov/Government/Police/Recruitment.

SALISBURY — St. John’s Lutheran Church has usually traced its beginning to 1747, when German settlers were meeting in various... read more