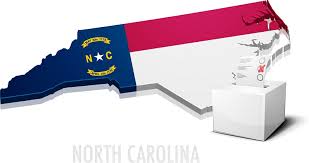 GASTONIA — If your taxable income is greater than $60,000, then you are at least a bit better off than the average North Carolinian. But does that make you wealthy?

There’s an amendment on the ballot this year to lower the state constitution’s cap on income-tax rates to 7 percent, down from the current 10 percent cap that has been in North Carolina’s constitution since the Great Depression.

According to left-wing critics of the 2018 tax-cap amendment, passing that 7 percent tax cap would help rich people at the expense of everyone else. But if you make more than $60,000, such a cap would have saved you a good amount of money during the 1990s and 2000s, when North Carolina’s had a tax rate of 7.75 percent that applied to taxable incomes over $60,000 for singles and $100,000 for married couples filing jointly.

Of course, millionaires did pay that 7.75 percent rate on most of their incomes (actually, for a time their effective state income-tax rate soared above 8 percent because of a surtax). But lots of other North Carolinians got hit by that 7.75 percent rate, too. Call them wealthy if you want. They are unlikely to agree, or to appreciate the implication that they don’t deserve to keep their own hard-earned money and spend it as they wish.

At a recent debate held at the Gastonia Conference Center by the North Carolina Institute of Political Leadership and the statewide cable channel Spectrum News, two state lawmakers and two policy analysts engaged in a spirited but respectful debate about the tax-cap amendment’s pros and cons.

State Rep. Kelly Alexander (D-Mecklenburg) argued that the higher 10 percent cap should remain in place. “I’m from the ‘if it ain’t broke, you don’t have to fix it’ school,” he said. “Ten percent has worked for us. It gives us enough room should we need to go higher.”

State Sen. Dan Bishop (R-Mecklenburg) disagreed, pointing out that the existing income-tax cap has done nothing to limit the tax burden since the General Assembly has never even considered raising the top rate that high. This year, voters have the opportunity to speak directly on the issue.

“Low-tax policies and careful spending policies, at the end of the day, benefit every single North Carolinian,” Bishop said. “And that, I think, is what the notion of a tax cap recognizes. Taxes are not the answer.”

Frankly, I would have preferred to amend the constitution to cap the annual rate of growth in state spending to a combination of inflation and population growth. The Republicans currently leading the state legislature have kept budget increases within such a cap, but it currently has no legal force. Excessive spending is the ultimate cause of excessive taxes, whatever the form those taxes may take.

But that’s not what voters will decide this year. The ballot question is whether to enact a lower cap on income taxes. Keep in mind that the currently scheduled flat rate is 5.25 percent. Even if the tax-cap amendment passes, future legislatures could raise income taxes quite a bit if they deem it necessary — although I think such a decision would be unwise and counterproductive.

During the IOPL debate, Rep. Alexander said he doubted that lowering taxes is responsible for “all of these magical, mystical things” claimed by its advocates. While some conservatives do overstate their case about tax policy and growth — claiming that all tax cuts pay for themselves, for instance — most studies confirm that taxes do influence decisions to work, live, invest, or create jobs in one place rather than another. As long as policymakers accompany tax reduction with firm spending priorities, they can balance budgets and promote economic growth at the same time. North Carolina has been doing just that.

Sen. Bishop picked up on Alexander’s choice of words. “With that I completely agree,” Bishop said. “There is no magic. There is discipline, and discipline practiced over a period of time begins to look like magic.”

John Hood is chairman of the John Locke Foundation and appears on “NC SPIN,” broadcast Fridays at 7:30 p.m. and Sundays at 12:30 p.m. on UNC-TV.