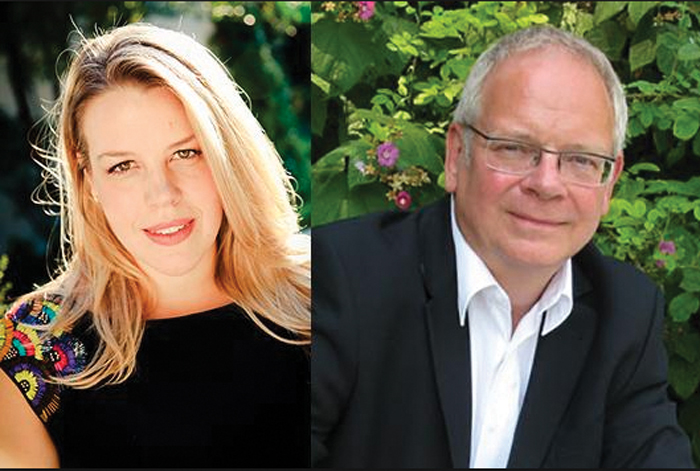 Soprano Andrea Edith Moore brings a “certain opalescence that is particularly served by her impressive phrasing and inherent musicality” (operagasm.com) to myriad leading roles under the batons of the likes of Maestros Vladimir Ashkenazy, Keitaro Harada, Andrea Mitisek, Timothy Myers and David Zinman. Her performances have spanned the globe from Teatro Colon de Buenos Aires to Munich and Hamburg and back home to her native North Carolina where she is a regular principle artist with the North Carolina Opera.

Ms. Moore was recently a fellow in the Eighth Blackbird Creative Lab working with the four-time Grammy award-winning ensemble as well as composers Jennifer Higdon, Nico Muhly and Shara Nova and renowned choreographer Ros Warby. Earlier this season she made debuts with the NC HIP Festival, Texas Performing Arts, and in the role of Sara in the groundbreaking new opera Cold Mountain by Jennifer Higdon with North Carolina Opera. Moore is a prize-winner in the Metropolitan Opera National Council Auditions and is a graduate of Yale University, Peabody Conservatory of Music, and the North Carolina School of the Arts.

Esteemed coach, conductor and collaborative pianist, Klaus Dieter Jung has held positions as Kapellmeister at the theaters in Erfurt und Plauen, the Musikdirektor of the Landestheater Niederoesterreich St. Poelten and also led the choir of the Vienna State Opera. He has been guest conductor at the Austrian Operettafestival in Bad Ischl, Bad Hall, the Wuhan Symphonic Orchestra and on numerous concerts and tours with the Vienna Boys Choir. Maestro Jung held the position of musical director of the Hamburger Kammeroper from 2004-2008 where he arranged multiple operas as chamber works all of which are now published by Ricordi.

As a vocal coach Jung has collaborated with singers at the Dresden Semperoper, Bayreuth Festspiele, Salzburger Osterfestspiele, Wiener Festwochen, and Acadmia Vocalis Tirol. He has sat on the jury panels at the International Vienna Hans Gabor Belvedere Voice Competition, as initiator of the Hugo-Wolf-Competition Perchtoldsdorf 2002, with Hans Hotter and Elisabeth Schwarzkopf and was the Artistic Director of the Nico-Dostal-Competition.