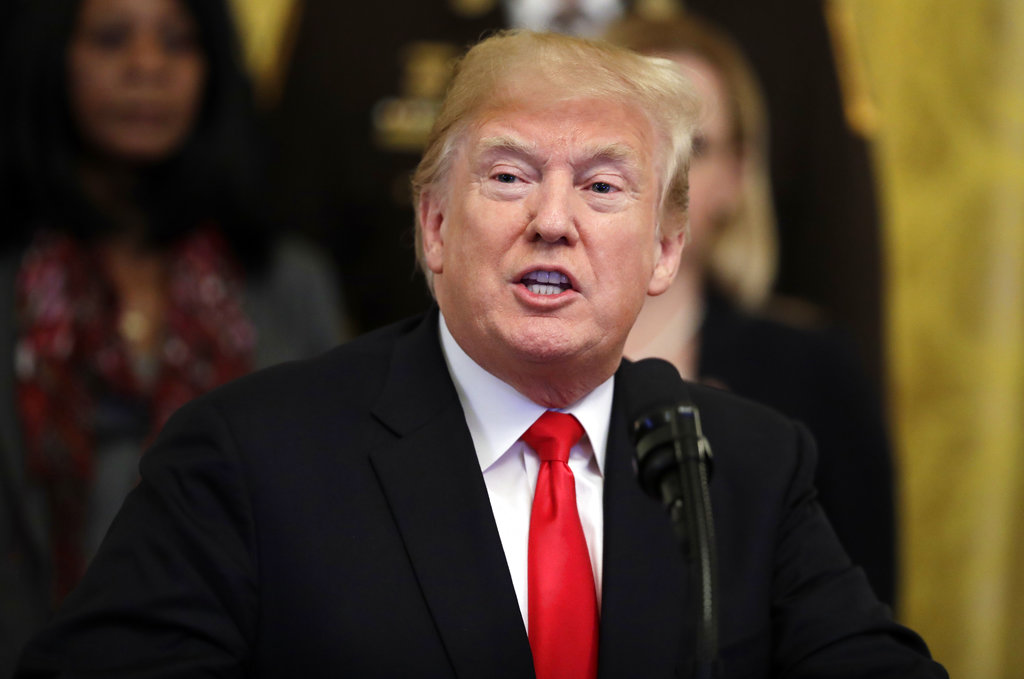 President Donald Trump speaks about crude pipe bombs targeting Hillary Clinton, former President Barack Obama, CNN and others, during an event on the opioid crisis, in the East Room of the White House, Wednesday, Oct. 24, 2018, in Washington. (AP Photo/Evan Vucci)

It didn’t take long for the political backlash to begin after Secret Service agents and postal authorities found letter bombs addressed to the homes of former Presidents Clinton and Obama, the offices of several other prominent Democrats and CNN. On the left, people talked about the potential destruction and blamed President Trump’s divisive rhetoric. The right jumped to Trump’s defense and, in some corners, floated theories about a Democratic conspiracy.

A disturbed person with murderous intent is at large. Until investigators determine who is responsible for the homemade bombs,  pointing fingers at political foes will only further heighten tensions. Fighting with each other distracts from the real crime here; someone tried to blow up at least five people.

This is a time for unity and patience. We hope the president will strive to keep the country on an even keel and not just talk about unity, as he did in comments Wednesday afternoon, but really strive for it. This is his time to show moral leadership and walk the walk.

The timing of these bombs could not be worse for that, however. People on both sides of the political spectrum are ginning up their bases to vote in the midterm elections. That often involves making accusations and stoking fears, a strategy that could well have spawned the attempted attacks. There’s always the danger that someone will take political hyperbole too much to heart and take matters into their own hands. Just ask Maddison Welch of Salisbury, in prison now for believing “Pizzagate” rumors and firing a weapon in a Washington, D.C., restaurant in 2016, believing he was rescuing abused children. Planting five bombs is a zillion times worse, though.

All eyes now should be on the FBI as it investigates the bombs — a form of terrorism — and looks for a culprit. Meanwhile, leaders on both sides of the political aisle need to be on guard for more of the same, from either the same person or copycats. FBI Director Christopher A. Wray warned people not to touch suspicious packages.

Instead of making assumptions and pointing fingers, let’s wait — together — for answers from the FBI.

Darts and laurels: Part of Buck is history now