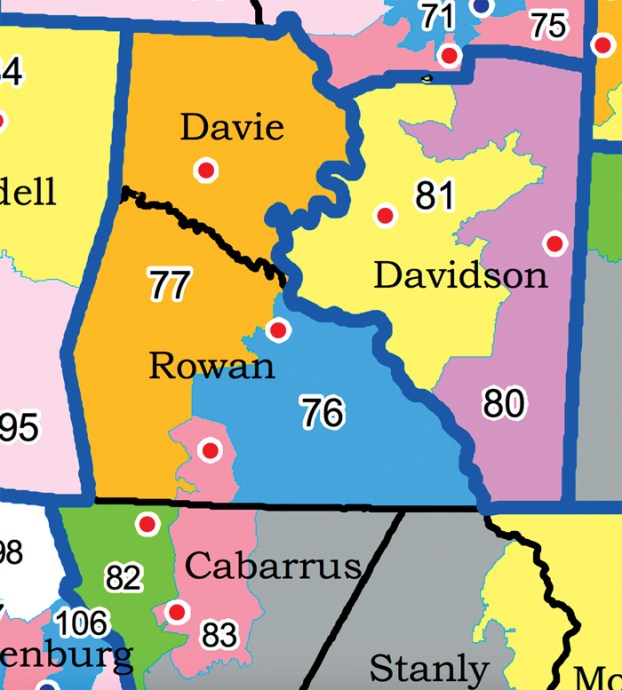 Letter: Knows his way around

Harry Warren has served in the N.C. House of Representatives for the past four terms. A man of strong, conservative principles, he has drafted, sponsored and co-sponsored some of the most historic legislation in our state’s history.

With over 30 years of business experience and time already well spent serving Rowan in Raleigh, re-electing Representative Warren this November is the only reasonable choice for the new House District 76.

Representative Warren knows his way around Raleigh and the comings and goings that get questions asked and answered and passed. Along with Rep. Julia Howard, he was one of the primary sponsors drafting HB4 (The Unemployment Insurance Fund Solvency & Program Changes Act). Mr. Warren single-handedly sponsored HB36, also known as E-Verify, which calls for employers to check the legal status of every employee. Perhaps more importantly in today’s culture, Harry Warren has sponsored V.I.V.A., which is known as the Voter I.D. Bill, requiring a picture identification for anyone voting at the polls.

I consider it a privilege to call Harry Warren not only a family friend but also my representative. There has never been a time when I have brought a question to him on either a local, state or national level that he has not gotten me an answer for, regardless of whether it was the popular response or not.

Never before had I even considered being a precinct captain or served on an executive committee for the Republican Party. I saw Harry Warren work hard for what he believes in: a system that works hard to repay those who work hard.

If you choose your family, your faith and your community first, just as I do, then vote Republican. Vote Harry Warren.

I heard there are 7 million jobs in the U.S. that go unfilled today. There are jobs in Rowan County... read more