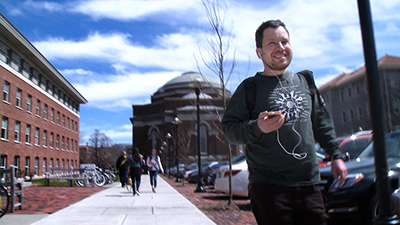 SALISBURY —  “Intelligent Lives,” a documentary by award-winning filmmaker Dan Habib, will be shown at Salisbury High School on Thursday.

The film stars three pioneering young adults with intellectual disabilities — Micah, Naieer and Naomie — who challenge perceptions of intelligence as they navigate high school, college and the workforce.

Academy Award-winning actor and narrator Chris Cooper tells the stories of the central characters through the emotional story of his son Jesse. The film also traces the origins of the IQ test and how it became the standard bearer of intelligence.

Rowan-Salisbury Schools invites the public to the newly renovated Salisbury High School auditorium at 6 p.m. Thursday for refreshments before the movie, which will be shown from 6:30 to 8 p.m. The screening is free and open to the public.

In a release about the film, Habib shares the daunting statistics some students face.

People behind the film hope “Intelligent Lives” will be a catalyst to transform the label of “intellectual disability” from a life sentence of isolation into a life of possibility.

Advance registration is encouraged. Go to https://www.eventbrite.com/e/intelligent-lives-movie-screening-tickets-50983314466 to register and learn more.

The creator of the award-winning documentaries “Including Samuel, Who Cares About Kelsey?” “Mr. Connolly Has ALS” and many other films, Habib is a filmmaker at the University of New Hampshire’s Institute on Disability.

His films have been broadcast internationally, nominated for Emmy Awards and translated into 17 languages. Habib gave the TEDx talk “Disabling Segregation” and received the Justice for All Grassroots Award from the American Association of People With Disabilities. In 2014, Habib was appointed by President Barack Obama to the President’s Committee for People with Intellectual Disabilities.

A trailer for the film can be seen online at https://intelligentlives.org/.