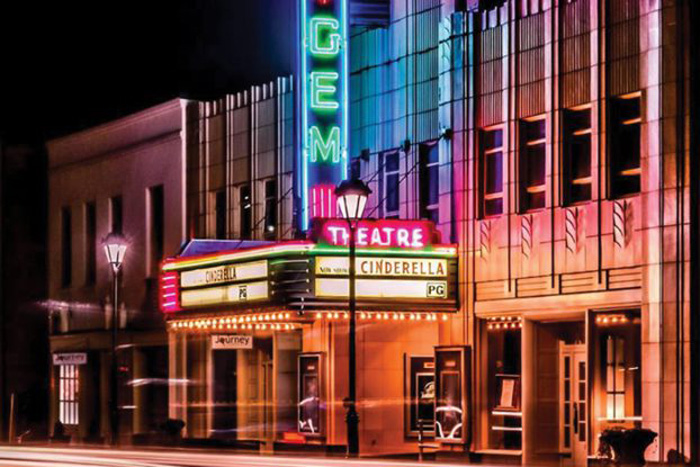 KANNAPOLIS — After a two-week survey in late September, patrons of Kannapolis’ Gem Theatre have spoken: they want to see the facility updated — provided it doesn’t affect its use, cost or character.

Results from the survey, the first part of a multiphase master plan, were presented to the City Council on Monday.

Mon Peng Yueh, an architect with Clearscapes, the firm leading the planning effort, said the survey received more than 4,000 responses.

“That’s a phenomenal response. We have not seen this kind of engagement in our other projects, so it’s very clear that the Gem Theatre is an important community asset,” Yueh said. “The public is very interested in the plans that are going to happen at the Gem Theatre, and they want to be engaged. They want to be informed.”

According to Yueh, respondents expressed interest in updates to the theater’s seating, restrooms, concession area and lobby. What they don’t want to see changed, she said, is the affordability of movies and concessions offered and the building’s “historic character and ambiance.”

Working with these responses, she drafted a preliminary plan of what updates might look for the space, including possible event space on the ground floor and tenant spaces on the second story.

A final plan and the cost of the project would depend on input from council members, she said, though preliminary factoring indicates renovations could reach $2.6 million or more.

Council and city staff members expressed support for the effort provided the facility continues to see years of use.

“I hear lots of young folks … say they haven’t been to the movie theater in a year or two or three because they have gotten them on their TV at home or they’ve gotten it on their laptop or even on their phone,” said Mayor Darrell Hinnant. “… I don’t want to spend $3 million on something that may be ebbing.”

Steve Schuster, another architect with Clearscapes, said the company’s focus is on creating additional uses of the space to combat that concern.

These additional uses could include a performing arts space and stage as well as the event and tenant spaces.

“If we were standing in front of you trying to convince you to spend $3 million of taxpayer money to make this a better movie house, I think that would be not responsible on our part,” said Schuster. “I think if we’re advocating long-term improvements to the Gem Theatre and increasing the range of programming and making it more flexible and creating a broader range of revenue-producing activities, then I think the history of this place and its importance in this community will continue.”

Though no action was taken during Monday’s meeting, Clearscapes will take input from the City Council and present more formal plans at the council’s November meeting.

The property will be used to develop a family fun center, including an ice cream shop with drive-thru and a mini-golf course with an associated pavilion and clubhouse.

• The council approved an amendment to the Unified Development Ordinance.

• The council appointed Mayor Hinnant and Councilman Tom Kincaid as the voting and alternate voting delegates for the annual business meeting of the National League of Cities.

The meeting will be held this year in Los Angeles from Nov. 7 to Nov. 11, with Hinnant to speak during the session.

The move followed an Oct. 4 public information session at which some residents in the proposed area expressed concerns about being included in the proposed area. According to City Manager Mike Legg, it became clear that there was much more support for the effort in the area west of Charlie Walker Road and south of Bahama Drive.

The smaller approved area results in a smaller cost to the city for utilities — $7.7 million versus $11.4 million.  The change also likely gives the annexation a greater chance of passing through the petition process, Legg said.

Property owners in the excluded area have the option to request single property voluntary annexation at any time, though the city would not be required to extend utilities to those properties.

Salisbury man banned from gym, other businesses returns to…