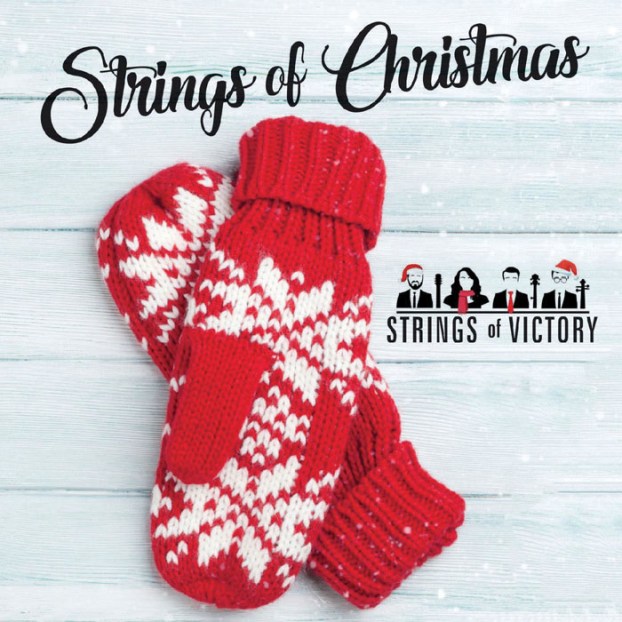 Staff report
Strings of Victory, a bluegrass gospel group from Rowan County, has released its fifth album and first Christmas album, “Strings of Christmas.”
The early release is in preparation for the group’s Strings of Christmas Tour in November and December, which will feature appearances at local and regional events, including Christmas at the Library at the Billy Graham Library in Charlotte and Christmas on the Homefront at the Price of Freedom Museum in China Grove.
The holiday album contains a 12-track mix of contemporary and traditional Christmas songs, including two originals, all done in an acoustic-rooted style that is heavy on family vocal harmonies.
The CD is available for purchase or download from most online music retailers or direct from the artists. It also is available on most streaming services.
Members of the group are Jeff McCorkle, Hubert Furr, Donnie Miller and Madison McCorkle. Mandolin player Aaron Efird makes a guest appearance on the new album and also will be playing with Strings of Victory at the Christmas shows.
Strings of Victory travels throughout the Southeast singing and playing traditional gospel music in an acoustic style. The group has been featured in CBS Charlotte’s “Best Bluegrass Bands.”
The group says it strives to produce “fresh, wholesome music with a message.”
You Might Like

Staff report The Rowan County “Military Mile” swim will again be hosted by the YMCA of Rowan County swimmers. This... read more