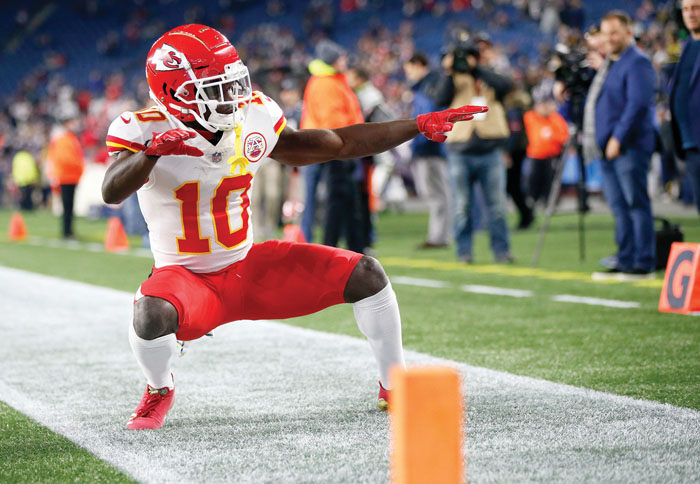 FILE - In this Sunday, Oct. 14, 2018, file photo, Kansas City Chiefs wide receiver Tyreek Hill strikes a pose as he warms up before an NFL football game against the New England Patriots in Foxborough, Mass. It's been a while since the NFL flexed a game to Sunday night. The Bengals vs. Chiefs is a worthy choice, (AP Photo/Michael Dwyer, File)