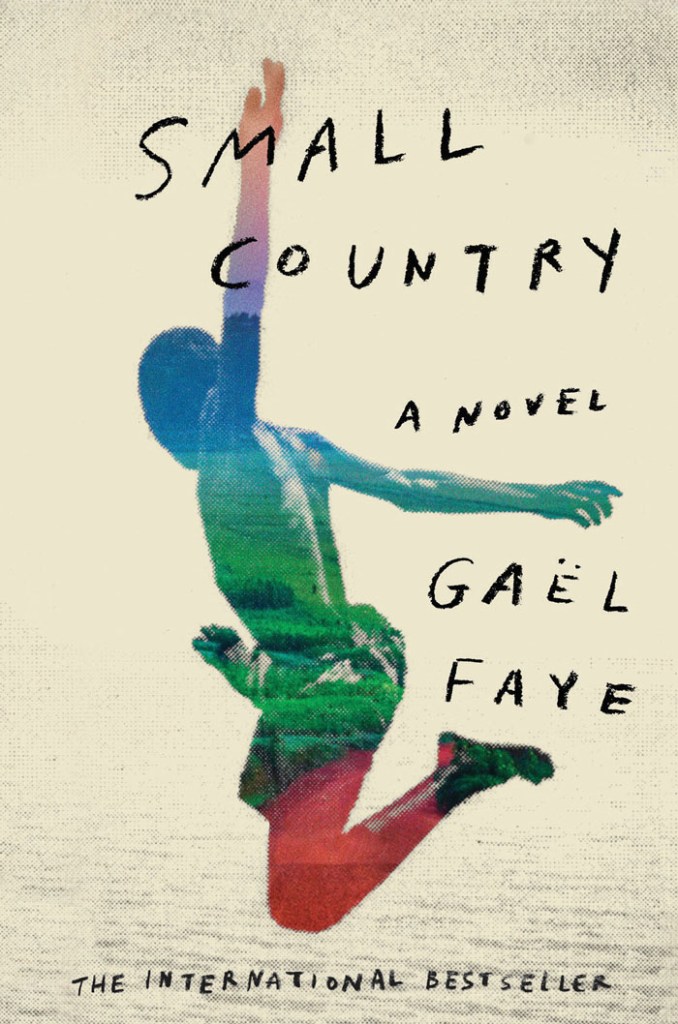 Gaël Faye’s breakout novel, “Small Country” highlights the struggles of living, finding identity and growing up amidst political warfare in the African countries of Burundi and Rwanda.

Set in the 1990s in a comfortable, safe neighborhood inside Burundi’s capital, Bujumbura, the story is told from the point of view of a French-Rwandan boy named Gabriel, whose childhood and unjaded world view are ripped away by the severity of the times.

The story starts in present-day France on Gabriel’s 33rd birthday, where he drinks alone, thinking back on his childhood in Africa. Transitioning into Gabriel’s life in Burundi, where the majority of the novel takes place, the storyline follows his childhood as an 11-year-old of mixed heritage in a politically polarized region on the brink of civil war.

Gabriel lives with his younger sister, Rwandan-Tutsi mother, and French father, who teaches him about the conflicting ethnicities in the region — Hutus and Tutsis. His own identity is further confused by his French background, as he fits nowhere in Burundi’s established ethnicities.

Gabriel’s family has a comfortable economic status, which allows him to maintain blissful ignorance of the persecution and prejudice faced by those with his mother’s heritage. However, as the novel progresses, it becomes clear that Gabriel cannot hold on to his innocence, especially as he discovers more about the importance of ethnicity in the snowballing political climate of Rwanda and Burundi.

Gabriel’s narration at first indicates that he is generally uninformed about the dire circumstances around him, as any child would be, but this makes the larger conflict — a Tutsi genocide on the horizon — hard to follow for audiences without contextual knowledge of real-life conflicts in the region.

Gabriel’s conflicted character, highlighted by his mixed heritage and economic stability, symbolizes the turmoil in the region, but the intended complexity of his character is muddled by stereotypical coming-of-age aspects.

The celebration of Gabriel’s 11th birthday signals the last gathering of different cultures in the region — Frenchmen and their “caramel” workers, Hutus and Tutsis, lower classes and higher classes, blacks and whites — before both the region and Gabriel’s life spiral into violent chaos.

As Rwandan civil war breaks out, riddling the region with violence and death, Gabriel witnesses and eventually commits crimes that mirror the horrific state of Burundi and Rwanda in the 1990s.

It is clear that Faye, born to a French father and Rwandan mother in Burundi in 1982, used his own experiences to develop Gabriel’s character, even drawing similarities between names: Gael and Gabriel. However, aspects revealed about Gabriel throughout the novel will leave audiences hoping that Faye has more differences than similarities with his constructed character.

“Small Country” highlights Gabriel’s rapid transition into adulthood as a symbol of the similarly swift degradation of Burundi into an almost-failed state, providing a new take on the overused coming-of-age theme in literature. Unfortunately for audiences who do not remember or have no knowledge of the conflicts that frame Gabriel’s story, the conflict is less impactful, as it quickly becomes taxing to keep up with the happenings of the war and Gabriel’s story simultaneously.

While Gabriel’s conflicted character, highlighted by his mixed heritage, economic status and age, symbolizes the turmoil in the region, his complexity is muddled by stereotypical coming-of-age characteristics.

Inadequate contextualization and over-complicated characterization alienates a large audience from experiencing a devastating exposure of childhood in war-stricken countries. These drawbacks overshadow Faye’s refreshingly raw prose in what could have been a heartbreaking exposure of modern genocide in a society where violence is glorified.