The work of the twig girdler 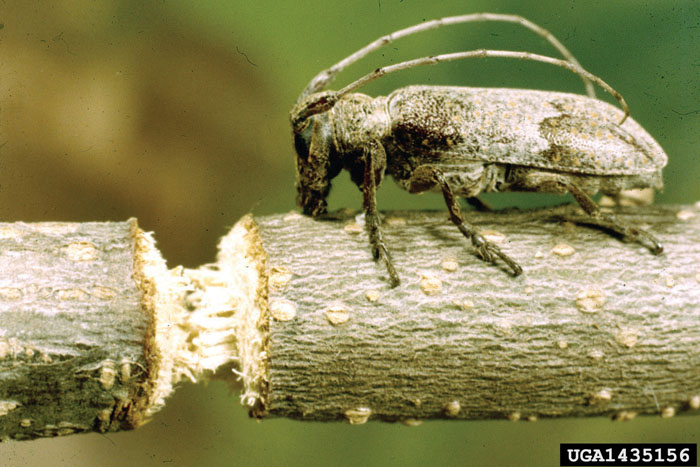 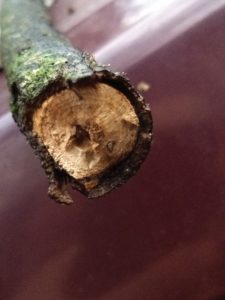 A distinguishing characteristic of the pecan girdler is the precision of the cut it makes. Reader submitted photo

A lady stopped me one morning on my way out of Richards BBQ wailing about something cutting off small limbs and twigs on her pecan tree.
“There are limbs all over the place; what is causing this and is there any control?”
Sometimes squirrels will cut off tree limbs and twigs. However, twig girdlers are causing most of this damage to tree limbs. The beetle also attacks persimmon, hickory, oak, poplar, dogwood and other shade trees.
The pecan girdler has a very distinctive appearance with a pair of pronounced, sweeping antennae curving over its grey body. The female lays eggs in late summer or early fall on the tips of tree branches and then cuts the ends allowing them to fall to the ground.
Another distinguishing characteristic of the pecan girdler is the precision of the cut. The twig cut is almost perfectly whittled neatly around the circumference of the limb or twig.
In the fall, large numbers of girdled twigs can be found beneath the tree each day. After hatching from the egg, the developing larva bores into the dead twig to feed. The small larva overwinters in the fallen twigs.
During the following spring, the larva resumes feeding, consuming most of the wood.
Controlling with pesticides is generally not recommended because of the scale of the trees. Unfortunately, the most practical control is collecting the mass of limbs and burning them.