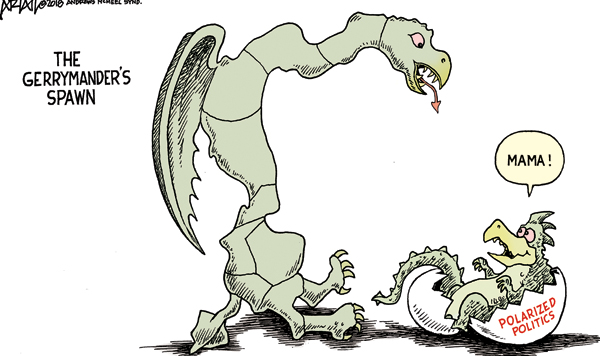 … Colin Campbell: About amendments, here are the issues behind them

The mailman recently brought a publication that has helped cut through the spin put out there by both sides. This pamphlet was titled “Judicial Voter Guide 2018 With Proposed Constitutional Amendments.” Inside was the usual “blurb” about each judicial candidate, but also included was the complete wording of each of the proposed amendments.

Now I’m able to discern for myself what each of these amendments will do and judge completely for myself if they’re superfluous, wordy, or (as the cacophony of voices on the left suggest) all downright sinister.

This is a wonderful tool that should be employed by any voter who wants to be truly informed about these issues.

I am looking forward to seeing Arin Wilhelm in the N.C. General Assembly. He understands the concerns of the citizens of Rowan and Stanly counties and would represent us wisely in Raleigh.

I support Arin Wilhelm for N.C. Senate 33! He’s hardworking, honest, answers questions fully when I’ve talked with him in person and has real-life experience around the issues I care about — education, health care, safety, economic growth, responsible institutional management.

I have known Arin for a number of years, and he is smart enough to look at each issue and what is best for the state. I feel like this article paints Ford as the only one concerned about economic growth, but that was a huge focus for Arin as an alderman.

He also sees education and mental health as issues as well, but it doesn’t have to be one or the other. He has my vote.

I support Mr. Ford for N.C. Senate. Now, if you are in favor of legal pot, gun bans and higher taxes, he’s probably not for you.

No one seems to mention anything concerning voter ID with respect to fraudulent absentee ballots. How does that work?

This nebulous proposed amendment should be withdrawn.

The fact that our very own court system judged this voter ID, et al, as an overt act of racial discrimination seems to be completely ignored by those who support voter ID. They seem to be too comfortable with supporting state-sponsored voter suppression.

The voter ID law does not target Africian-Americans; it targets all those illegal immigrants Obama opened the gates for during his administration in order to keep the Democrats in power.

Voter ID strengthens our vote because voter fraud dilutes the votes of all who vote legally. There’s always the excuse that having to get an ID has such physical and financial burden that their handicapped grandma can’t vote but can manage to show up to the polls every election.

I have a suggestion: Set up a photo machine similar to the one at the DMV license offices at all the voting stations. Those that don’t have IDs bring the same kind of information needed for identification like birth certificates, envelopes with your names and addresses that came through the U.S. mail, and Social Security number.

Get your photo ID and then vote.

This is so sad. I’ve seen this lady walking down Goodnight Road for years. She always waved. Anyone who lives down that way knew she walked the same exact time and always had her vest on.

He needs to be held accountable for it.

“With West in tow, Trump could walk into the most impoverished neighborhoods in the country and ask a simple question. …”

Amazing that someone could have their fantasies — no matter how simple-minded —published in a national newspaper. The odds of Trump visiting an impoverished neighborhood are about the same as someone from that neighborhood “getting rich.”

More lies from the U.S. government using the manipulated figures from the Labor Department. That this figure does not represent the true percentage of unemployed people in the U.S. — nor does it break down employment into part-time, multiple jobs, no benefits at all and other less-than-normal situations — should give cause to people to doubt the value of official statistics. This is propaganda and even, let it be said, brainwashing.

Level it up, you say? Vote against all amendments, you say? Do you really mean block anything Republican?

Wow, you are a real progressive, aren’t you? Vote red Nov. 6 and for all amendments.

Sawyer comes from a very loving and loved family in southern Maine. He will be grieved by many and the family supported as best we can.

I went to school with him in Hiram. I lived in Charlotte for two years. Never knew he was 45 minutes from me. This is heartbreaking.

I salute Dr. Jimmy Jenkins. He has made “bricks with no straw” for 12 years. He is a man to be honored.