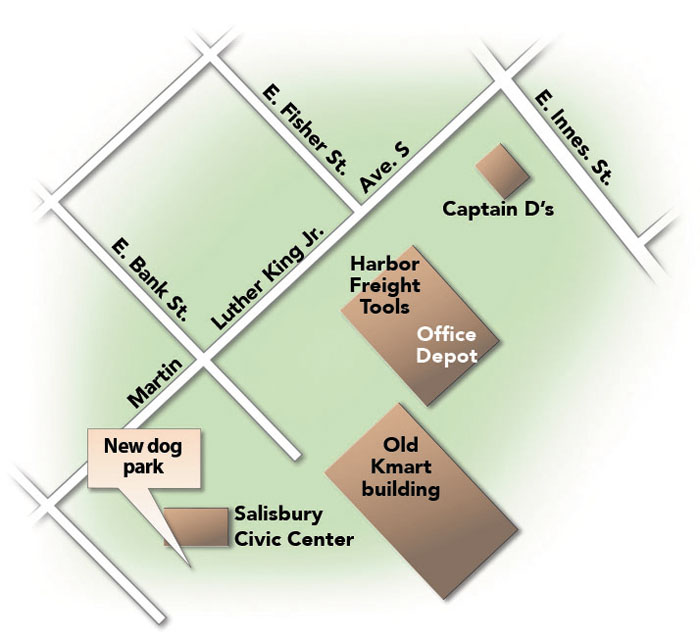 SALISBURY — The city’s long-awaited dog park will open for dogs and their owners on Saturday.

The Salisbury Parks and Recreation Department and Dog PAWS Task Force will host a ribbon-cutting from 10 a.m. to 1 p.m. at the Salisbury Civc Center.

Dog Parks and Walks in Salisbury, a nonprofit organization, has been raising money to put in a fence for the park since 2012. Theresa Pitner, president of the group, said she wanted an opportunity for dogs to get out of their backyards to mingle with other dogs and for dog owners to come together.

The park is behind the civic center.

Dog PAWS will continue to raise money to add an electronic fence and camera at the park, which will cost $20,000. Pitner said the group also wants to raise an additional $15,000 for play equipment.

At Saturday’s ribbon-cutting, people can sign up for sponsorships of bricks, benches and trees at the park.

Pitner said she hopes the dog park will draw more people to the civic center, including non-dog owners who can enjoy the outdoor gym equipment and a jungle gym.

The grand opening will feature music by C.J the Roaming Busker and his Carolina Mudd Band. Food and drinks will be available for purchase.