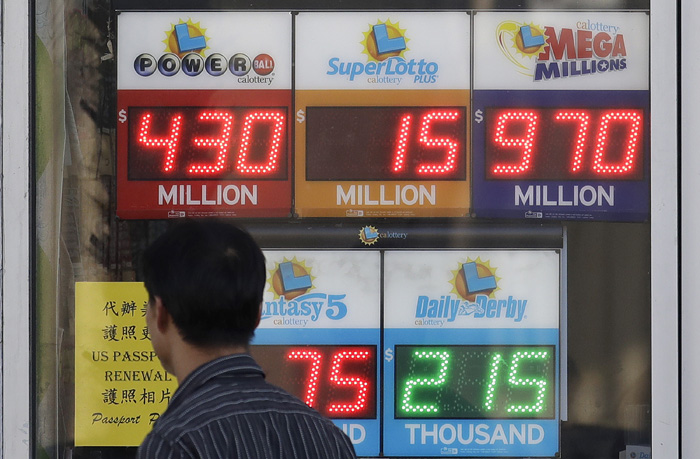 A man walks past Mega Millions and other lottery displays outside of The Lucky Spot in San Francisco on Thursday. Jeff Chiu/Associated Press

DES MOINES, Iowa  — The Mega Millions numbers that could win an estimated $1 billion jackpot have been announced.

The jackpot is the second-largest lottery prize in U.S. lottery history. Mega Millions says it may take an hour or two to determine if there is a winner.

The odds of winning are a miserable one in 302.5 million.

The prize has grown so large because no one has hit the jackpot since July 24, when a group in California won $543 million.

The $1 billion prize refers to the annuity option. Most winners opt for cash, which for Friday night’s drawing would be $565 million.

Officials say that if there isn’t a winner, the prize for Tuesday night’s drawing would be $1.6 billion, tying the largest U.S. lottery prize.