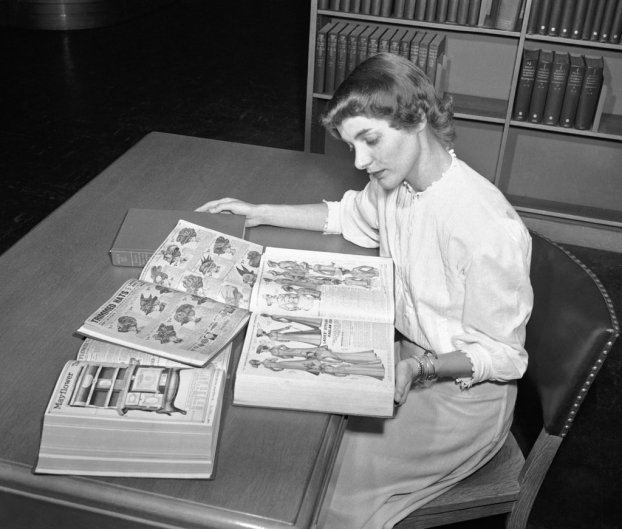 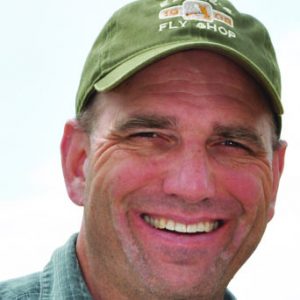 In 1817, not long after the once-great emperor Napoleon met his Waterloo, poet Percy Shelley wrote a few lines on the impermanence of power. He pictured a ruined statue in a wind-swept desert with an inscription barely legible among the broken pieces: “My name is Ozymandias, King of Kings; Look on my Works, ye Mighty, and despair!”

The empires we build in the United States are called corporations, and our kings have names such as Cook, Zuckerberg, Hastings and Bezos. But the same lesson applies. Nothing — least of all power and dominion — lasts forever.

The latest name in the ruins of commerce is Sears. Look on its works: The cultural influence of this company is hard to overstate. Sears made consumers of us all.

America was a different world before Sears. My favorite chapter in the books of Laura Ingalls Wilder takes place there. In “Little House on the Prairie,” the author recalls a snowbound Christmas on the lonely frontier. Just as the children have begun to despair of receiving any gifts, a bachelor farmer from a nearby homestead bursts half-frozen through the door with a tall tale of meeting Santa Claus in the terrible blizzard. Santa has asked him to deliver his bounty to the Wilders; as I recall, it was a piece of candy and a little cup.

A generation later, when the railroads cured isolation and Sears, Roebuck and Co. began publishing its mail-order catalogs, the days when Christmas could mean a single candy and a little cup were gone forever. Anyone living anywhere could buy anything. The Sears catalogue offered lingerie and tractors, porcelain dolls and motorcars, and all that could be imagined in between. For many years, consumers could order an entire house from the catalogue, and a boxcar would deliver all the lumber, pipes, wiring, windows and shingles necessary to construct a middle-class dream.

I am old enough to remember the arrival of the annual catalog, as fat as an encyclopedia, and the frenzy it inspired in our household. The “wishbook,” as it was so enticingly and so accurately called, was more than the repository of everything we wanted. It revealed countless items we had not even known to exist.

The brilliant retailer and philanthropist Julius Rosenwald gave Sears a physical presence as well, in cities and towns across the country. We found nothing odd in the 1960s about buying paint and neckties from the same place. Sears became the largest retailer to the greatest consumers on Earth — the consumers whom Sears itself had trained. But then shopping malls happened, and Walmart revolutionized the management of inventory, and the Internet became an infinite wishbook.

Nostalgia is a disease of old men; America has always been a land for the young. So let’s not dwell on the lost leveler, the vanished national commons, that was Sears. Instead, let’s marvel at the remorseless engine of renewal and innovation that economist Joseph Schumpeter dubbed “creative destruction.” Schumpeter’s insight was to see that a prospering economy rewards enterprises that leverage fresh ideas to meet future needs and wants. Older companies — even large and powerful companies — must keep up or die.

Sears is not an isolated case. Of the dozen companies that composed the original Dow Jones industrial stock index in 1896, precisely zero still make the list. Most of them no longer exist, or they exist as subsidiaries of stronger companies that swallowed them up.

Survival of the fittest is a cold and heartless doctrine, unless you stop to think of the benefits of fitness. Strong, fit companies are job-creating companies; they are salary-paying companies; they are insurance-providing companies; they pay dividends to pension funds. Rosenwald’s wealth from his share of a robust Sears allowed him to build thousands of schools for African Americans in the Jim Crow South — a project integral to the slow but irrepressible rise of the civil rights movement.

Despite its perennial appeal in coffee shops and on college campuses, socialism fails wherever it steps in to protect flabby enterprises from the lethal winnowing of competition. Legacy companies naturally act to preserve the status quo, because the past was where they flourished. Give them the protection, the special favor, of state power and they will use it to snuff out young and vigorous competitors while they have the chance.

The same is true of the so-called capitalists who seek to convince governments that they are too big to fail, and therefore require special care and favors. If granted, those advantages ultimately weaken society by stifling initiative.

A country willing to let die something as formative to its identity as Sears is to America is a country that cares more for its future than for its past. It’s an evolving country, still growing; a country renewing itself, alive.

David Von Drehle writes a twice-weekly column for The Washington Post. He was previously an editor-at-large for Time Magazine, and is the author of four books, including “Rise to Greatness: Abraham Lincoln and America’s Most Perilous Year” and “Triangle: The Fire That Changed America.”

Kudos to the YMCA of Rowan County and the United Way for jumping in to help local families deal with... read more