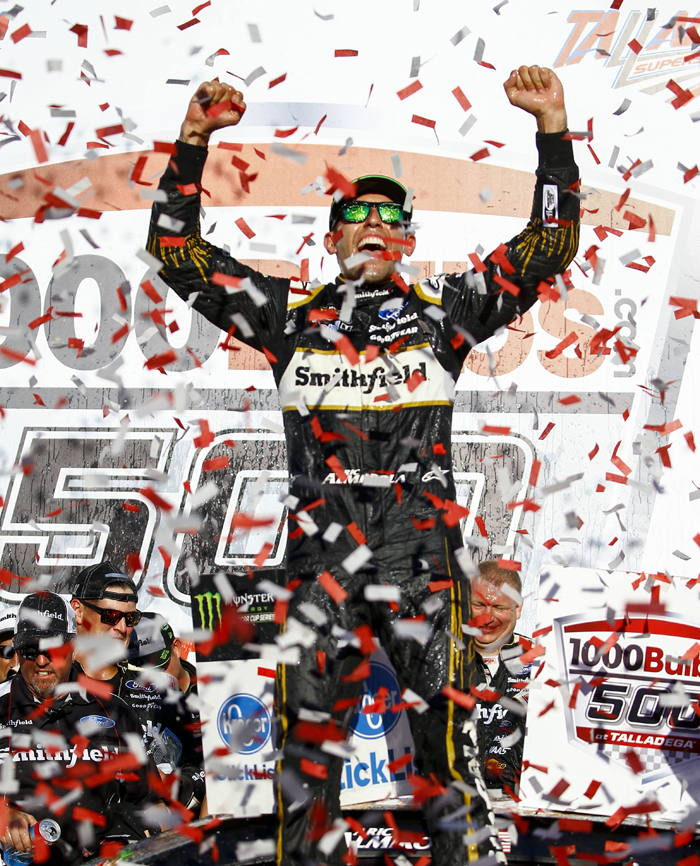 BUSCH’S GRIPE:
Busch was steamed about two NASCAR calls late in the race. First, drivers were forced to burn fuel during a long cleanup period under caution before overtime. Then, no caution was called on the final overtime lap for a wreck in the first turn. Busch ran out of gas in the final turn.
“There were two missed calls by NASCAR at the end,” he said. “Why do we have an extra yellow flag lap is beyond me. The track was ready to go. At the end, once we crossed the white flag and there is a wreck and an ambulance needs to be dispatched, I’ve been on the other side of that where I was racing coming back to win the race and they said, ‘Well we had to dispatch an ambulance.’ There was two cars dead in the water down there. It’s a human call. There’s rules that need to be stricter at the end of these races.”
NASCAR said in a statement the caution in overtime was not called because “all cars were able to either roll off under their own power or signal they were clear. As always, we make every effort to end under green for our fans in the stands and at home, which we did.”

UP NEXT: The elimination race of the second round of the playoffs, at Kansas Speedway, where Kevin Harvick won in May and Martin Truex Jr. won last October. Harvick, Truex and Kyle Busch have combined to win the last five races at Kansas.