Yesterday: the Rice and Ratledge Flour Mill in 1974 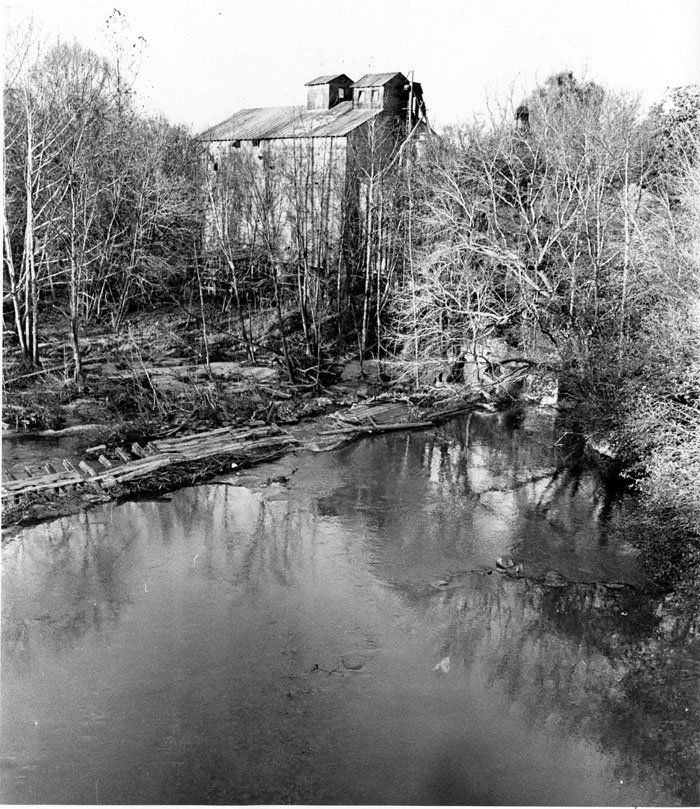 This is a circa 1974 Salisbury Post file photograph of the Rice and Ratledge Flour Mill in Woodleaf. That same year, in November, a nighttime fire destroyed the old mill, which was located on Cool Springs Road along Third Creek. At the time, the mill was one of the last operating mills in Rowan County and was a popular subject for photographers and artists. In 1973, a painting of the mill by Woodleaf sixth-grader Chris Cline won a national art contest. The first mention of the mill in Rowan County records was 1816 when Samuel Trott sold the land to Martin Rendleman, and a grist mill and saw mill were mentioned in the transfer deed. John Turner bought the property in 1823. His son, Hezekiah, sold it to his cousins Ambrose Eddleman and Tobias File. When File died, the property went to his daughter, Betty, who was married to William Rice. The Rices’ daughter, Florence, married George Ratledge, who operated the mill until he died in 1955. The mill passed to George’s three children — Ward Ratledge, Mrs. G.S. Weant and Mrs. Paul Stroud, who were the owners in 1974.