Over 6,000 Duke Energy customers in Rowan County still without power 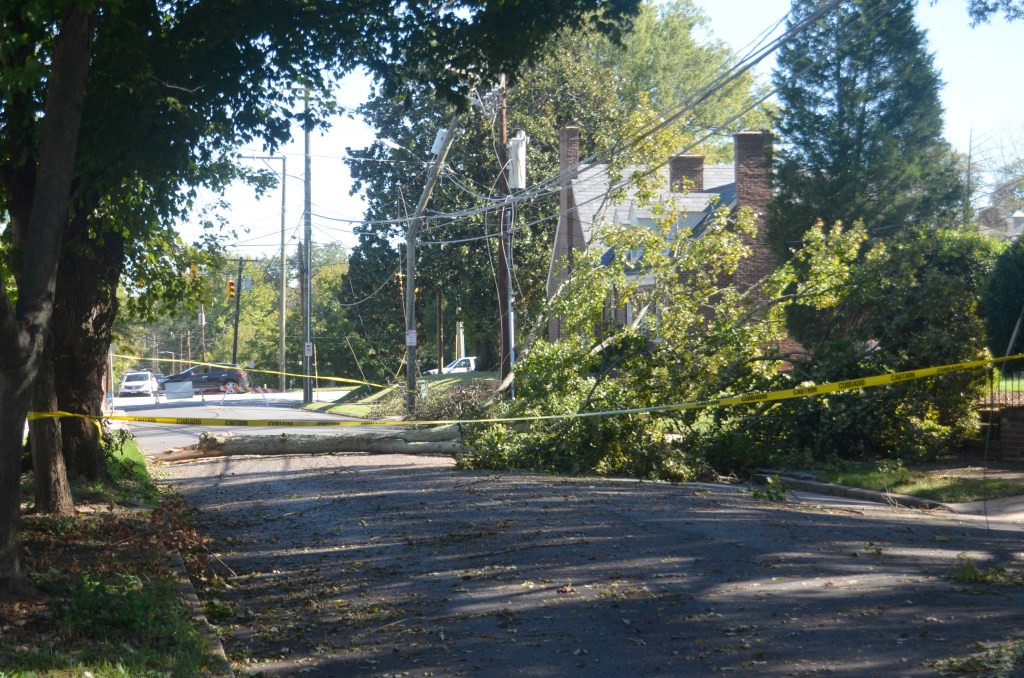 This tree at the intersection South Ellis and East Innes streets has cut off power to this neighborhood leaving about 32 customers in the dark. Duke Energy says they are working restore power. Shavonne Walker/Salisbury Post

ROWAN — More than 10 percent of Duke Energy customers in Rowan County remain without power, but officials with the utility company say nearly 1,000 workers are responding to the impacted areas in the Carolinas.

As of 6:30 p.m. on Saturday, there were 6,937 Duke Energy customers without power in 204 different locations areas. Some of whom have been without power since Thursday just after 2:30 p.m.

Duke Energy has restored power to almost 900,000 customers in North Carolina and South Carolina following Tropical Storm Michael, to date. More than 175,000 customers remain without power in the Carolinas as of Saturday afternoon, according to the company’s corporate communications.

Nearly 10,000 workers — including power line technicians, damage assessors and tree specialists — are responding to the storm’s impact in the Carolinas. Crews from across the nation and Canada are supporting restoration efforts. They are making good progress today with restoration in the Carolinas, officials said. As crews continue damage assessment, estimated power restoration times will be available.

“We have more than 10,000 people working to restore power,” Duke Energy Storm Director Rufus Jackson said. “We are grateful to our customers for their patience after enduring two major storms in the past month. We have restored nearly one million outages in the two days since the storm passed, and we won’t rest until everyone is back.”

Duke Energy is restoring power to critical infrastructures — such as emergency centers, fire stations, hospitals, water treatment and other public safety and health facilities. At the same time, the company will repair major power transmission lines, damaged substations and other large-scale electrical equipment to restore power to the largest number of customers, as quickly as possible.

Duke Energy is expecting Monday evening to be the latest estimated restoration.

Residents along South Ellis Street say they lost power Thursday around 1:30 p.m. and are making the best of their situation.

Rachel Davis said she and her family have friends in from out of town and they turned a birthday celebration into a “porch party,” complete with food and wine.

Several other homes in their block also have no power because of a tree that fell onto utility lines at the corner of South Ellis and West Innes streets.