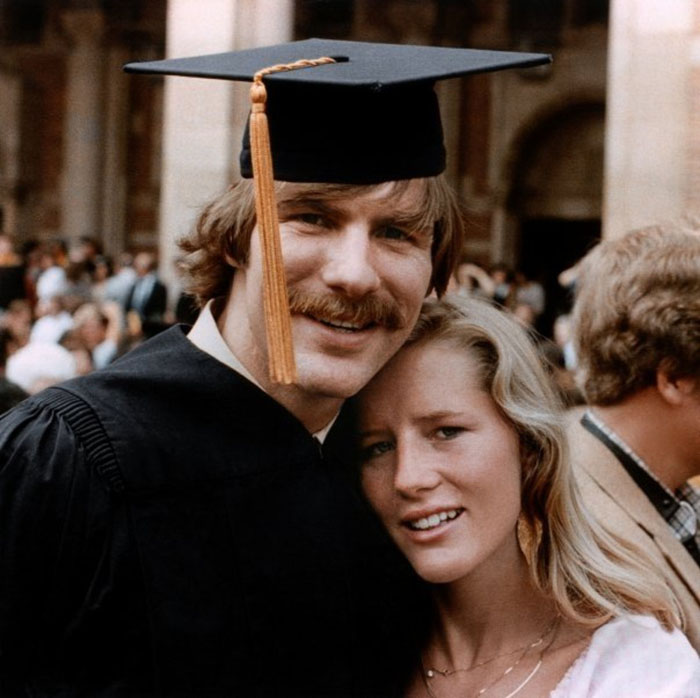 Marsy’s Law is named after Marsalee Nicholas, right, who was killed by a former boyfriend in 1983. Her father, Henry Nicholas, left, founded an organization to provide resources to crime victims. Pacific Standard photo

One of the six proposed constitutional amendments voters will decide on Nov. 6 has to do with victims’ rights and is known as Marsy’s Law for North Carolina.

Marsy’s Law is named after Marsalee “Marsy” Nicholas of California, who was stalked and killed by her former boyfriend in 1983. A week after her death, Marsy’s mother and her brother, Henry T. Nicholas, walked into a grocery store and were confronted by the accused murderer. The family had just visited Marsy’s grave and was unaware that the ex-boyfriend had been released on bail.

In 2009, Henry Nicholas, co-founder of Broadcom Corp., formed Marsy’s Law for All, which provided expertise and resources to victims’ rights organizations nationwide.

Advocates for the proposed amendment say there are gaps in current law that leave victims and their families unprotected. The extent of victims’ rights can depend on the jurisdiction. The idea of Marsy’s Law is to ensure victims have rights that are “co-equal” to those for the accused and convicted.

While there are victims’ rights protections in the North Carolina constitution, they are not all applied the same way from county to county.

The proposed amendment would guarantee victims certain rights, including:

• Victims and their families would be informed about their rights and the services available to them.

• They would have the right to be notified of proceedings and major developments in a criminal case.

• They would be notified in a timely manner about changes in the offender’s custodial status.

• Victims and their families would have the right to be present and heard at court proceedings.

• They would have the right to provide input to the prosecutor before a plea agreement is approved.

• They would have the right to get restitution from a convicted offender.

Rowan County District Attorney Brandy Cook said she is in favor of keeping victims informed about the cases they are involved in throughout the criminal process.

“Through long-established parameters set in my office and pursuant to the current Crime Victims’ Rights Act, we strive to ensure that crime victims in Rowan County are well-informed and have a voice in our criminal justice system,” Cook said.

She said that in 2016, her office was awarded grants to fund three victim service coordinator positions through the Governor’s Crime Commission.

“These positions have allowed our office to substantially increase our ability to effectively communicate with victims of a crime. These positions are time-limited, and I strongly believe that they should be funded on a permanent basis,” Cook said.

Marsy’s Law presents an ambitious goal to expand victims’ rights to about 400 new crimes and well more than 100,000 crime victims, according to the N.C. Conference of District Attorneys.

“In order to successfully and properly implement Marsy’s Law, it is imperative that district attorney’s offices receive additional permanent staff support from the N.C. General Assembly,” Cook said. “I, along with my staff, will continue to work diligently each day to seek justice for victims and protection for citizens while holding offenders accountable for their criminal conduct.”

Rowan County Democratic Party Chairman Geoffrey Hoy said the simple decision for voters is to vote against the proposed amendment. Hoy said he agrees with Toby Hampson, a candidate for the N.C. Court of Appeals, on the issue.

“This is plain unnecessary. There’s enough out there,” Hoy said.

Hoy said he trusts Hampson’s understanding of the law.

“If I understand it, there’s no enacting legislation that we are aware for this amendment or any of the amendments,” Hoy said.

He said if the amendments have merit, they can be brought before the legislature for bipartisan votes.

“Tell us how you would specifically enact these amendments so we don’t give you a blank check without knowing how they are going to enact it,” Hoy said.

In Rowan County, the town boards of Rockwell and China Grove have endorsed Marsy’s Law.